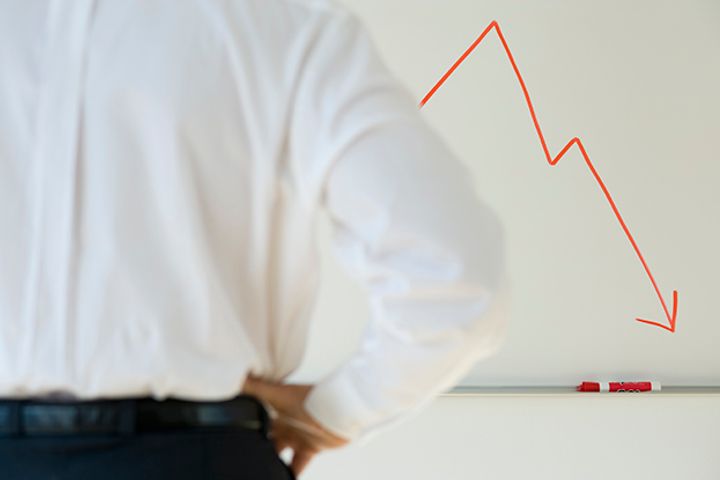 (Yicai Global) Nov. 15 -- The National Equities Exchange and Quotations, sometimes known as the Chinese Nasdaq or New Third Board, performed poorly on Nov. 13, with the NEEQ Marketing Making Component Index [NEEQ:899002] dropping to 999.18 before closing at 1001.12, marking new lows since the index's inception.

The index fell further on Nov. 14 and marked another record low of 998.89 during the trading session, International Finance News reported.

The NEEQ is an over-the-counter market for small and growth enterprises. Opened in March 2015 and adopting a base date of Dec. 31, 2014, the NEEQ Market Making Component Index initially included 105 constituent stocks. It now comprises 624 quoted companies and is a major index on the NEEQ.

With over 10,000 quoted companies, the NEEQ has attracted many institutional investors. There are over 7,500 NEEQ-related funds and wealth management products, mainly including private securities and equity, trust funds, asset management by brokers and public fund special accounts, according to data from Choice.

Nearly 3,000 NEEQ funds have disclosed their net value, with around 40 percent reporting negative returns over the past six months. As of Nov. 14, among 86 NEEQ-invested private securities funds with a disclosed net value, only 30 of them made profits. More than 60 percent posted losses while four of them incurred a loss of more than 50 percent, data from Simu Online shows.

The worst performer was a private fund founded in March 2015, when the NEEQ Marketing Making Component Index was flying high. Shares in the fund were initially sold at CNY1 (USD0.15), but closed at CNY0.2244 (USD0.03) yesterday, down 77.56 since its inception and 68.44 percent year to date.