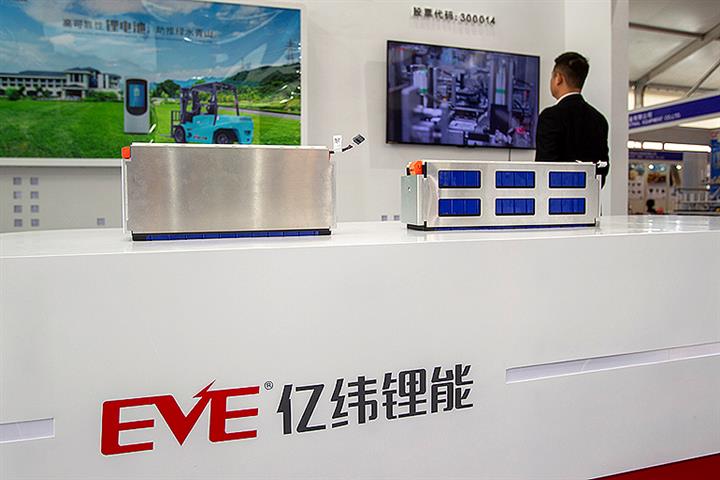 (Yicai Global) Oct. 29 -- Shares of Eve Energy, a Chinese lithium-ion battery manufacturer, failed to get any bounce today, even falling more than 4 percent at one point, despite the company unveiling plans for a new power battery plant.

Eve Energy [SHE: 300014] ended the day little changed at CNY113.45 (USD17.70), while the Shenzhen market climbed 1.5 percent. The shares have gained about 24 percent in the past month, spurred by strong industrial demand.

Yesterday’s announcement by Eve Energy followed plans disclosed earlier this year of a significant expansion of power battery capacity in Jingmen city, in the middle reaches of the Yangtze River.

But Eve Energy did not forecast the investment amount nor disclose details, such as the types of lithium-ion battery the plant will make and construction schedule. The company only said that it and the Chengdu Economic and Technological Development Zone plan to pen a formal investment deal within 60 days.

Eve Energy also said yesterday that it plans to form a joint venture with Hunan Zhongke Electric to build a plant for CNY2.5 billion (USD390.9 million). With an annual output of 100,000 tons of lithium-ion battery negative electrode materials, the two-phase project will ensure the supply of raw materials following the company’s capacity expansion.

The plant’s first phase, whose output makes up half of the designed total, is set to realize mass production within 18 months, Eve Energy said in a statement. It has announced a series of large power lithium-ion battery projects since June.