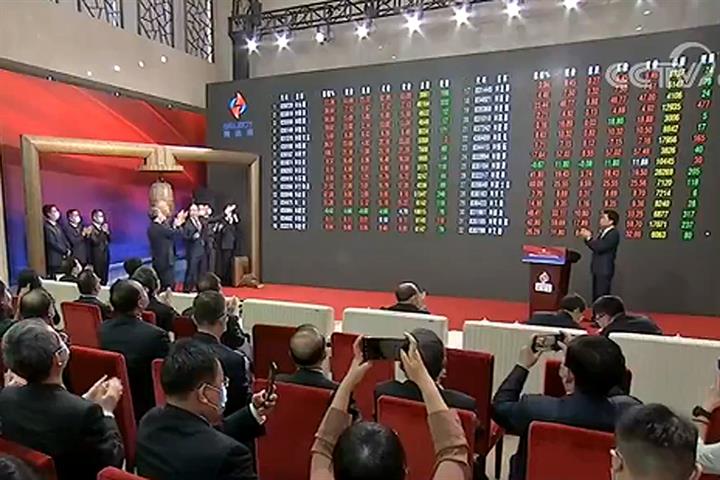 Beijing OTC Market’s New Board Gets Off to Mixed Start

(Yicai Global) July 27 -- The Select Market, a new board on Beijing’s over-the-counter market for small and mid-sized businesses, swung between gains and losses on its first trading day.

The first group of 32 firms on the National Equities Exchange and Quotations’ new sub-market, which offered 837 million shares worth a total of CNY9.6 billion (USD1.4 billion), rose at the opening. But by the end of the day, 21 had lost ground, 10 had advanced, and one closed little changed.

"The slump has to do with complicated factors coming into play in the early stages of stock selection,” an NEEQ market insider told Yicai Global.

NEEQ trading is different from that on China’s main markets, he said. Pricing on the Select Market is completely market-oriented, unlike the major exchanges where the issuing price is based on a firm’s price-to-earnings ratio, he added.

Shareholders own stakes with different valuations in both the old NEEQ trading system as well as on the new board. As a result, the shareholder structure is different and the factors involved are more complicated, the insider said.

The Select Market is a stepping stone to listing for smaller enterprises that do not yet qualify to join China’s bigger and more established Nasdaq-style boards in Shenzhen and Shanghai and is part of the country’s efforts to build a multi-layer capital market. After a year of trading on the new board, eligible firms can apply to transfer to the ChiNext board or the Star Market.

It is also part of an effort to revitalize the NEEQ, also known as the New Third Board, which had begun to stagnate. As part of its reform measures, the exchange has also introduced a more optimal issuance and financing system and a new mechanism for transfer-listing since October 2019.

The NEEQ was formed in 2006 as part of a trading system for unlisted firms in the Beijing Zhongguancun Science and Technology Park. It began to accept listings from companies from across the nation at the end of 2013.