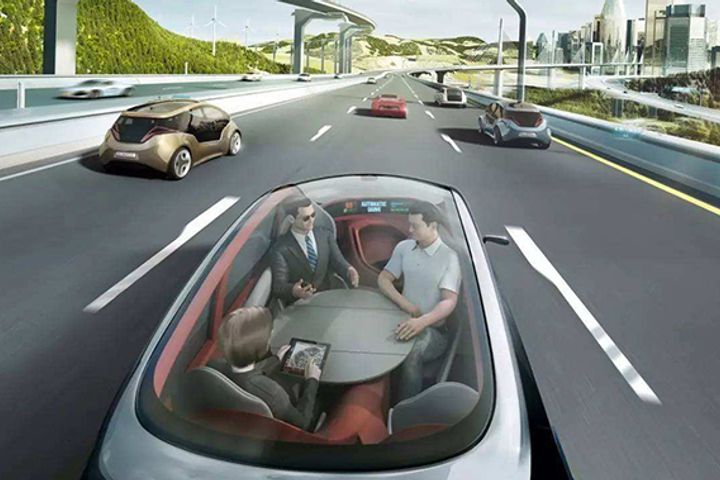 Following Beijing's lead in issuing the first guidelines on road tests for autonomous vehicles at the end last year, nine cities in succession have instituted road tests in mainland China within just half a year, while traditional carmakers of the ilk of SAIC Group and FAW, and internet and car manufacturing companies, such as Baidu, Tencent, have also begun testing on domestic roads.

"The significance of starting road tests is extraordinary," Zhang Cheng, general manager of SAIC Group's Foresight Technology Research Department, told Yicai Global. It's more realistic to test drive on actual roads rather than on any closed environment, regardless of its setup, he added.

The recent start of road tests in several Chinese cities and the new self-driving technology development showcased by various car companies and internet firms at the recent Consumer Electronics Show Asia held in Shanghai from June 13 to 15 is no coincidence in the view of Dr. Ye Liang, an Ernst & Young partner and auto industry analyst.

"For cities to allow road testing helps form local industrial clusters and attracts business," he told reporters. Car companies and local governments' push for autonomous driving is not just follow-the-leader or acting on impulse, and what they look to is the great potential of the auto-driving industry chain as a new growth driver for automotive technology.

Companies that have already obtained road test licenses in cities all have large investments in these areas. Local governments are keen to open road tests in the hope that this will promote the maturity of autonomous driving technology to form their own automotive industry hotspots to attract powerful Chinese and foreign vehicles and parts and component companies to settle in the local area by participating in road tests, and eventually, it will boost the local economy, Ye believes.

China is highly likely to become the world's largest driverless vehicle market, with new car sales and mobility services generating revenue of over USD500 billion by 2030, according to a new study released by UK-based market consulting firm McKinsey & Company.

Chinese consumers are willing to pay a premium of up to USD4,600 to buy autonomous vehicles as against the USD3,900 and USD2,900 of US and German buyers, the report also showed.

Neither China's new internet car companies and traditional carmakers nor Chinese and foreign companies can ignore such huge market potential.

Beijing-based NEV startup Singulato will apply for licenses to test autonomous vehicles in Shanghai and Beijing, Liu Ruixiang, Senior Director of ADAS and Software Platform at the firm, told Yicai Global, adding that users pay the most attention to security in self-driving scenarios and many security tests remain to be carried out.

China's new carmakers have the late-mover advantage, but their competitiveness will depend on their deployment in their struggle in autonomous driving with international carmakers and China's new auto producers, and research, development and investment, Ye said.

International carmakers are seeking cooperation with Chinese internet company carmakers to supplement their advantages. Hyundai Motor is optimistic about the application of automatic driving technologies in Chinese cities and so is accelerating its development in the country, Lee Jinwoo, head of Intelligent Safety Technology Center, Hyundai Motor, told Yicai Global at the CESA.