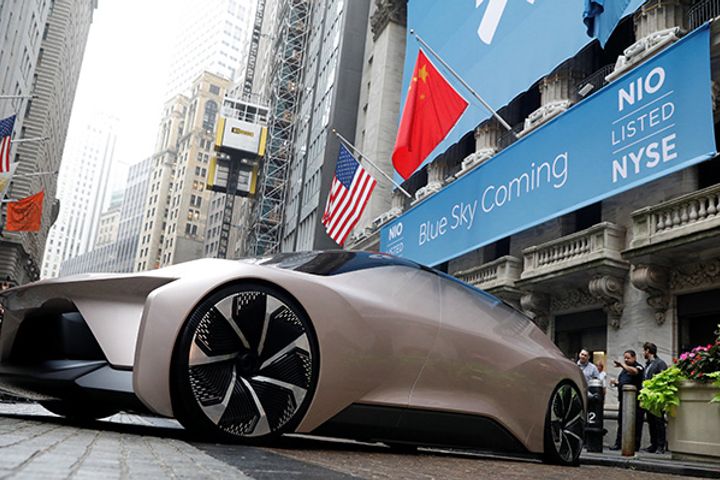 Shanghai-based Nio [NYSE:NIO] closed at USD11.6 this morning, almost double its Sept. 12 initial public offering price of USD6.26, to give it a valuation of around USD11.9 billion. The firm had aimed for the low-end of its IPO target, between USD6.25 and USD8.25, due to a recent slump in American stocks.

Gongdong Wencan Die Casting [SHA:603348] opened up at Shanghai's 10 percent limit, but wound down throughout the day to finish 0.72 percent above yesterday's close at CNY28.

Nio has been dubbed the Chinese Tesla for its futuristic electric vehicles. It has already received 17,000 orders for its first production model, the ES8, and is looking to ramp up production to cope with demand. It also has plans for a second model, the ES6, to enter production late this year with deliveries pegged for the first half of 2019.