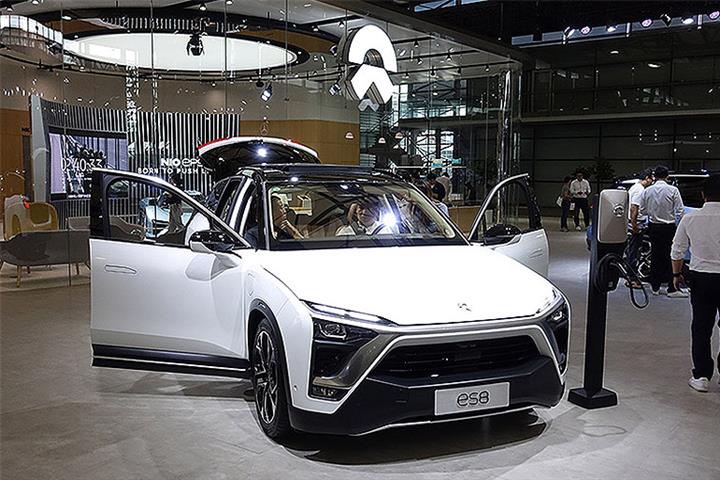 Nio's stock price [NYSE: NIO] was 2.4 percent down in after-hours trading. It closed 5.9 percent lower at USD40.60 in New York yesterday. The shares are more than a fifth down this year.

The automaker expects its fourth-quarter revenue to climb by 41 percent to 52 percent from a year ago to a point between CNY9.4 billion (USD1.5 billion) and CNY10.1 billion (USD1.6 billion), the Shanghai-based company said in its third-quarter earnings report released yesterday. The sum could be as much as 4 percent lower than in the previous quarter.

Nio predicts that it will complete deliveries of 23,500 to 25,500 vehicles in the last three months of this year. The number is either almost 4 percent lower or more than 4 percent higher than that of the third quarter.

The less than 10-year-old company is allegedly dealing with the semiconductor block better than others. Delivery is mainly subject to supply, Chief Executive Officer Li Bin said during an earnings call today. "We face fewer difficulties than mature companies," said Li. "We can find substitutes when encountering a shortage of chips.”

Nio’s semiconductor shortage has somewhat eased compared with the worst situation in the third quarter, and the current challenge is not knowing which chip will be out of stock, according to the CEO.

The company is planning new sales drivers. The development of two new models based on Nio's NT2.0 technology platform is proceeding as scheduled, and it is expected to deliver them from the second half of 2022, the firm added.

The carmaker is expanding overseas. On May 6, Nio said it will enter Norway. After opening the Nio House in the northern European country, about a quarter of trial participants placed an order, said Li. Meanwhile, vehicle delivery should speed up this month. And the direction is up. Nio plans to enter at least five European countries next year with its new models.

The previous quarter was robust before a production hiatus in October.

Between July and September, Nio more than doubled its revenue to CNY9.8 billion from a year ago, driven by strong vehicle sales, clients' battery upgrades, and sales of regulatory credits to manufacturers of gasoline cars.

Still, the firm is not profitable. Net loss widened to CNY2.8 million (USD443.7 million) in the third quarter, more than doubling from a year ago while expanding by more than four times from the second quarter.

The company's third-quarter deliveries doubled to exceed 24,400 units from a year earlier. But in October, Nio was upgrading its production line so deliveries tallied nearly 3,670 units, down 65 percent from September.