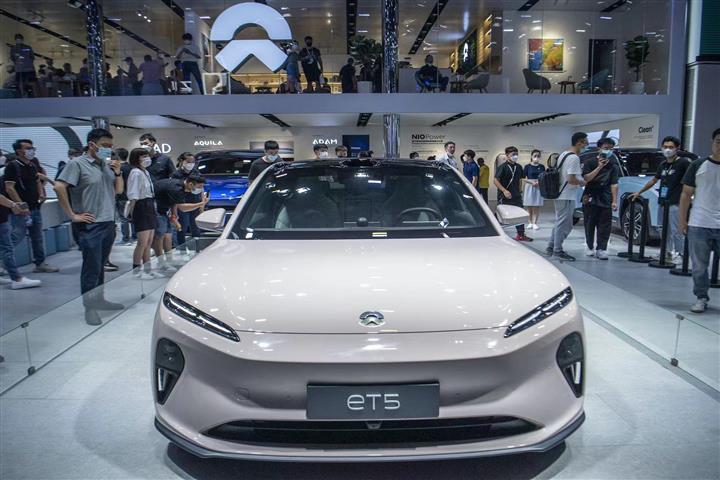 (Yicai Global) Sept. 14 -- Nio's Hong Kong-listed shares kept rising for the second straight day after analysts forecast the electric carmaker's fifth and the most affordable model, the ET5, will become a hit.

The automobile manufacturer's US-listed equity [NYSE: NIO] was 1 percent down in pre-market trading as of 1.26 p.m. Beijing time after closing 0.8 percent higher at USD21.97 yesterday.

The mid-sized electric sedan, which is cheaper than Nio's other models particularly due to the firm's battery rental program, will lead the startup into a new product lifecycle that may help it obtain a bigger market share in the entry-level luxury market, analysts said.

Citic Securities wrote in a research report yesterday that it is optimistic about the ET5 becoming a hit, giving credence to social media rumors. Nio is expected to turn its losses into a profit as early as in the fourth quarter of 2023, it added.

The first RT5s will be delivered on Sept. 30, according to the Shanghai-based company's plan. Nio is expected to deliver more than 10,000 ET5 vehicles in December, Chief Executive Li Bin said earlier.

In the second quarter, the car company reported a 22 percent year-over-year increase in revenue to a record high of CNY10.3 billion (USD1.5 billion), according to its earnings report. Deliveries tallied 25,100 cars, a 17 percent uptick. The gross margin was 16.7 percent, exceeding market expectations despite falling by 1.4 percentage points from the first quarter.