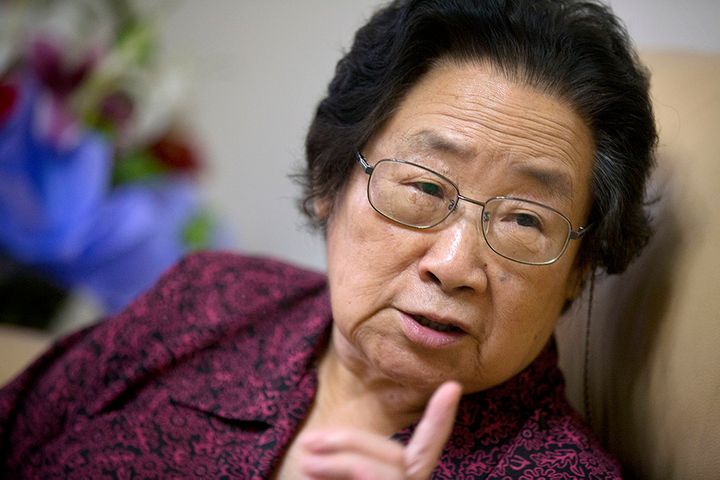 (Yicai Global) June 17 -- Nobel Laureate Tu Youyou said today that her team has made major breakthroughs in overcoming the resistance of the parasite that causes malaria in humans to a traditional Chinese medicine ingredient, the most effective weapon against the disease, and proposed an improved method of treatment.

After a more than three-year study, Tu's team proposes extending the time artemisinin is used to five or seven days from three, Xinhua News Agency reported today. It also suggests replacing the supporting drugs, to which resistance has already formed, in the combination therapy. The team's research results were recently published in the authoritative New England Journal of Medicine.

Tu won the Nobel Prize for medicine in 2015 for her 1972 discovery of artemisinin's effectiveness as a malaria therapy. This active compound is a chemical naturally occurring in artemisia annua, or sweet wormwood, a medicinal herb long used in traditional Chinese medicine.

Solving the resistance problem was of great significance, Tu said, adding the latest development has ensured it will remain the most effective medicine and the first choice against malaria for a long to come. At just several dollars a treatment, artemisinin is also quite cheap and so is suited to many poverty-stricken areas of Africa and other tropical regions where the disease is pandemic.

The derivatives of artemisinin, which are administered without complications, have been the most successful treatment for malaria around the globe since Tu's initial discovery. Progress in global prevention and treatment of the mosquito-borne infectious disease was at a standstill and the drug resistance generated by plasmodium to artemisinin and its derivatives became the biggest technical challenge, according to the World Health Organization's 2018 report on global malaria.

Plasmodium malariae is a parasitic protozoa that transmits malaria to humans. It is one of several species of such parasites that account for most malarial infections.

Malaria still looms large among the world's main fatal diseases. The number of malaria patients the Artemisinin combination therapy has cured has already reached several billion, and anti-malaria scientific research Tu and her team have conducted have contributed inestimably to advances in the field, noted Pedro Alonso, the director of the World Trade Organization's Global Malaria Programme.

But the campaign is far from over. Some 1.2 billion people worldwide remain under the onslaught of the deadly pestilence, Tu noted in her 2015 Nobel lecture.