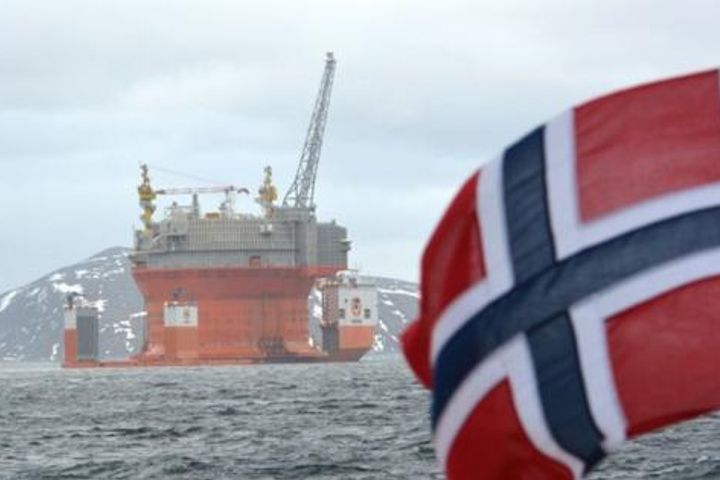 (Yicai Global) Nov. 22 -- The Norwegian sovereign wealth fund, the largest of its kind in the world, recently submitted a report to China's Ministry of Finance proposing to divest oil and natural gas stocks to reduce the impact of oil price volatility in the fund.

The news caused quite a stir on the capital market. A major player in the global stock market, the Norwegian fund is seen by many other national sovereign funds as a barometer of asset allocation trends, so if the ministry adopts the proposal, it will prompt more funds to dump oil and gas assets. Several other international funds are also considering similar divestitures due to the low returns on such assets in recent years.

Dominant crude oil contracts on the New York Mercantile Exchange slumped to USD33 a barrel from an all-time high of USD147 in July 2008, and rebounded slowly to between USD80 and USD110. However, the global oil price went downhill again in the second half of 2014 and hit a trough at USD26 a barrel in February last year. It currently stands at around USD56, a relatively low level, China Securities reported.

The Norwegian central bank suggested the finance ministry cut oil and gas shares from benchmark indexes in a bid to reduce the fund's investment in oil and gas stocks, making national wealth less susceptible to fluctuations in oil prices.

If the proposal goes ahead, the fund will very likely slash its holdings in oil stocks or even sell all of them, and more sovereign wealth funds will follow suit, analysts warned.

"Divestiture of oil assets by an international fund is mainly intended to soften the impact of falling oil prices," said Yuan Xinliang, an analyst at Beijing Zhuopu Capital. For example, the Norwegian fund's assets under management topped USD1 trillion in September, of which USD37 billion were oil and gas stocks. Norway is an oil producer, so dumping oil investment from the fund will protect the country's wealth from being affected by a prolonged oil market turndown.

"Divestitures by institutional investors will affect oil and gas stocks. However, they may also lead to a decline in mining investment," Yuan added. "If many oil companies shut down oil and gas production, the resulting decrease in supply may push oil prices up."