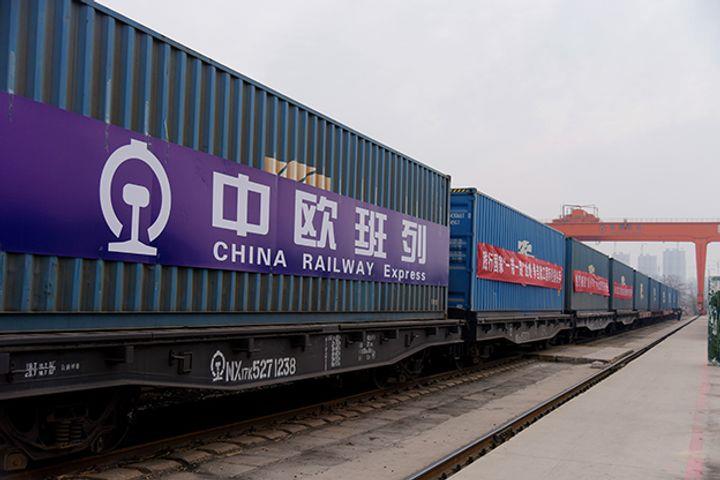 (Yicai Global) May 3 -- The number of China-Europe freight trains hit a record monthly high of 979 in April, up 46 percent year on year, the China State Railway Group said yesterday.

A total of 88,000 TEUs (20-foot equivalent units) of cargo were transported by the trains, up 50 percent from a year earlier.

From January to April, a total of 2,920 China-Europe freight trains transported cargo of 262,000 TEUs, up 24 percent and 27 percent from a year earlier, respectively.

The number of departing trains rose 36 percent year on year to 1,638 during the first four months, while the number of returning trains climbed 11 percent to 1,282.

China-Europe cargo train services have become an important logistics channel to ensure smooth trade as air, sea and road transportation have been severely affected by the novel coronavirus epidemic, the company said.

The freight trains have also been playing a crucial role in helping with the fight against the pandemic in Europe as massive quantities of medical supplies were sent by them.

From March 21 to the end of April, anti-epidemic supplies totaling 660,000 items and weighing 3,142 tonnes were sent by the freight trains to European countries such as Italy, Germany, Spain and the Czech Republic.