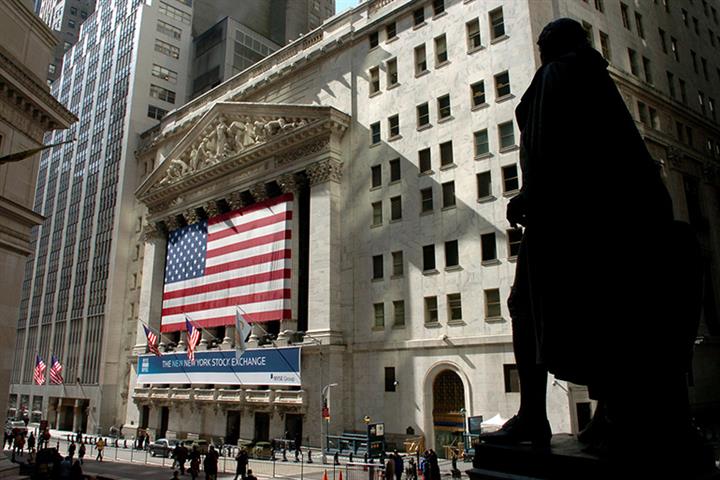 (Yicai Global) Jan. 6 -- Markets in the United States and China have been in a state of confusion after the New York Stock Exchange flip-flopped at least twice over delisting three Chinese telecoms firms after they were subject to investment bans by a White House executive order. The Trump administration accused China Telecom, China Mobile and China Unicom of “having ties to China’s military” and US companies and traders were subsequently prohibited from buying their securities and equities.

Last week, the NYSE stated it planned to delist all three companies, only to announce a sudden reversal on that decision on Jan. 4 arguing that the executive order was ambiguous. Then, following a phone call with US Treasury Secretary Steven Mnuchin yesterday, the exchange said it would again consider removing them from the bourse if the trading of such firms were found to be in violation of the order. The confusion has led to a rollercoaster ride for their shares in New York and Hong Kong.

The controversy serves to demonstrate ongoing divides in US politics concerning the status of Chinese companies, as well as the detriment to American businesses and investors which such politically motivated attacks entail. Even though none of the three firms in question actually have a physical presence in the US, the attempt to force them out of American markets on questionable premises is costly, dampens the appeal of the US as a global financial hub and damages investor confidence. It is not in the interests of Wall Street to take this path.

Over the past decade or so, more than 200 firms from China have listed on the New York Stock Exchange, amounting to a valuation in the trillions. However, the political climate between the two countries changed for the worst last year, and the politicization of Covid-19 has created the capital for American politicians to pursue what has been described as “decoupling” -- the attempt to delink the economic ties between China and the United States. This has so far included three spheres, firstly trade, initiated with President Trump’s tariffs and trade war against China in 2018 and 2019.

Secondly, technology, wherein companies such as Huawei have been blacklisted as national security threats and dozens more added to the Commerce Department’s so-called Entity List which prohibits US firms from selling technology to them. Then thirdly and most recently, capital, whereby the administration is seeking to cut off certain companies from access to US capital and investment by placing them on a blacklist stating that they are “owned or controlled” by the Chinese military. This ban forces the specific companies off various funds and indexes, and as part of a recent executive order China Mobile, China Telecom and China Unicom were blacklisted.

These companies do not have a physical market in the United States. Although the executive order cuts them off from additional US inbound capital, it has no meaningful impact on their business in any way. However, they do trade on the New York Stock Exchange. Removing Chinese companies from the exchange has been a specified goal of the administration and certain congressmen, who have argued that the firms do not live up to US auditing standards to insinuate that Chinese business practices are dishonest, a racial connotation. But Wall Street itself clashes with this Cold War-driven viewpoint as it sees potential restrictions on its own investments as detrimental and has accordingly sought to resist the administration’s restrictions on China by lobbying them in various areas.

In the viewpoint of the New York Stock Exchange, if the administration is allowed to set a precedent for easily delisting Chinese firms, then it sets a negative trend against it which will see it lose money and lose business. Firstly, fewer Chinese companies will consider initial public offerings in New York due to growing political risks. Instead, they are likely to choose Shanghai and Hong Kong as alternative “safe” destinations. This isolates the US and makes its stock exchanges less competitive. The attempt to knock US capital out of China ultimately results in capital itself going elsewhere. Secondly, the grave uncertainty created by delistings will have a damaging effect on the market as a whole and investor confidence, this means the NYSE ultimately loses again. Given this, the exchange has sought not to violate the executive order, but certainly to challenge its premise and seek ways round it. It may be looking to “drag its feet” until the Trump administration leaves office.

Given this, the saga reveals that the premise of imposing capital bans on China is not straightforward, unanimously supported or desirable for many in the United States. Unquestionably, the restrictions are geopolitically motivated and the Trump administration’s moves against China have been persistently underlined by bad will and a desire to try and hurt Beijing than serious evidence and risk-based assessments. A potential domino effect from this, which could lead to the exit of hundreds of Chinese firms, would be truly disastrous to American business and its credibility in the long run. China is increasingly the world’s largest market, and the US is more likely to decouple itself from the world than to feasibly isolate China.

Tom Fowdy is a British political and international relations analyst and a graduate of Durham and Oxford universities. He writes about China, the DPRK, the UK, and the US.