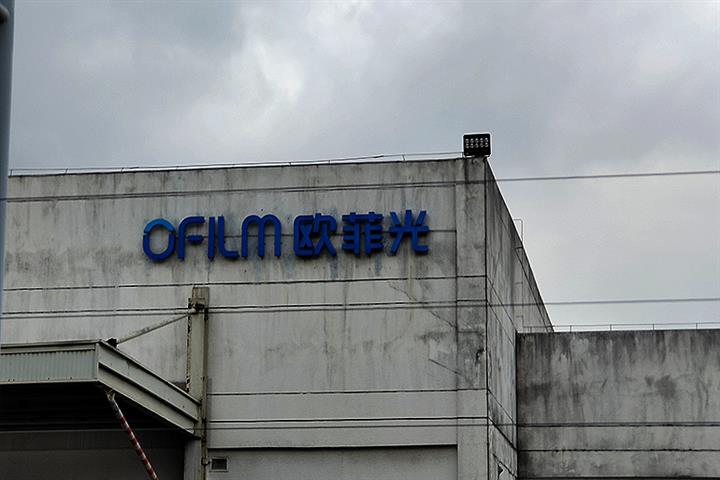 (Yicai Global) Sept. 29 -- Shares in optoelectronic equipment maker Ofilm Group and optoelectronic material producer Doti Micro Technology continued their downward trajectory today after the two Chinese companies said that two of their executives have been placed under house arrest by the same municipal police department although it is unclear if the cases are connected.

Board secretary and financial director Zhang Xiaobo is being kept under residential surveillance by police in Taizhou, southeastern Zhejiang province, over suspected market manipulation, Doti Micro said on Sept. 25.

Cai Gaoxiao, director and deputy general manager of Ofilm, has been placed under house arrest by Taizhou police, the company said on Sept. 27.

Both are personal cases and have nothing to do with the companies, the two firms said.

It is unclear which stocks Zhang is suspected of manipulating, a source from Doti Micro’s securities department said.

It is uncertain if the two cases are related, company insiders told Yicai Global. Neither firm is located anywhere near Taizhou. Doti Micro is based in Yichang, northern Hubei province, while Ofilm’s office is in Shenzhen, southern Guangdong province.

Ofilm was Doti Micro’s largest customer from 2018 to 2020, according to public information. It accounted for 40 percent of the latter’s sales in 2020, but this shrank to 24.4 percent last year.

Cai Gaoxiao has been with Ofilm for 20 years. He is the brother of the company’s majority shareholder Cai Rongjun. Cai Gaoxiao indirectly holds an 8.7 percent stake in Ofilm through Glory United China.

Zhang has worked for Doti Micro for less than three years and has been secretary of the board and financial director for just over two years.