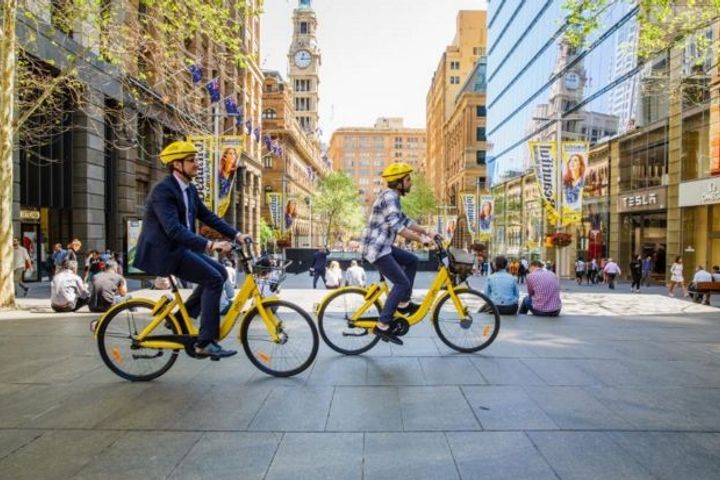 Ofo Rolls Out 200 Shared Bikes in Sydney, Australia Without Need for Security Deposit

Its plans for the Harbor City include putting an initial 200 shared bikes on its streets before adding more to its Inner West and Waverley regions over the next few weeks.

The Ofo bikes will cost AUD1 (USD0.78) per 30 minutes in Sydney, at a maximum of AUD5 a ride. Users won't need to pay a deposit or membership fee.

Ofo has hired experienced local operations and maintenance teams in the proposed riding areas in order to ensure bicycles are parked in an orderly manner and repaired without delay, said Scott Walker, the company's strategic director in Australia. Helmets will also be available for users.

The bike sharer is the third of its kind to make a move into Sydney, but is the first with a license to operate from the Australian government. It has already run a successful pilot program in the country's southern coastal city of Adelaide.

Ofo's latest move has edged it even closer to its goal of expanding its business to 20 countries and regions by the end of this year; it is already active in the UK, US, Japan, Singapore and Thailand, among other nations.