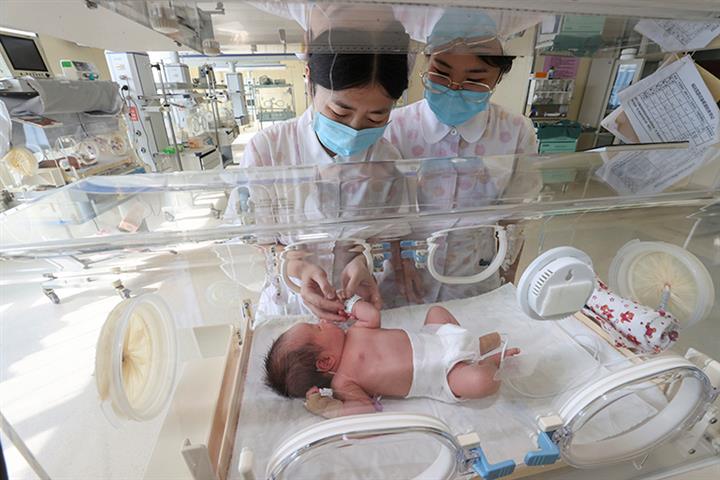 (Yicai Global) Jan. 10 -- China is now facing a severe challenge from an aging population and it is urgent for the country to launch a new financial fund to encourage couples to have children.

The high parenting costs and skyrocketing house prices are the two main factors behind the low fertility rate, according to an online survey conducted by Soochow Securities on Jan. 7. Cutting costs and establishing a fund to encourage childbirth will help to stabilize the situation in the short term and will also help to optimize the structure of the population, enhance social vitality and lift the long-term potential economic growth rate.

To get out of the low-fertility rate trap, strong measures are needed. More moderate policies will not work.

China can draw on the experience of other developed nations that have launched systems to encourage births. The central and local governments should set up a special fund to support the birth of babies, which would be funded by the People’s Bank of China, the central bank, printing more money. That would avoid putting an excessive burden on companies and individuals and would not swell local government deficits.

China should launch the new fund as soon as possible, while those born between 1975 and 1985 are still fertile, because the number of women of child-bearing age is declining at an annual rate of 3 million to 4 million. Those born then also still have the opinion that “more kids means more happiness,” while the post-90s generation is less willing to get married and have children.

The number of Chinese adults remaining single was 240 million in 2018, and 72 million of them lived alone, a number that is expected to have risen to 92 million last year. In addition, the number of registered newly-weds has also shrunk each year since 2013, falling to 8.13 million couples in 2020. So, efforts to encourage people to have a third child still depends on those born between 1975 and 1985.