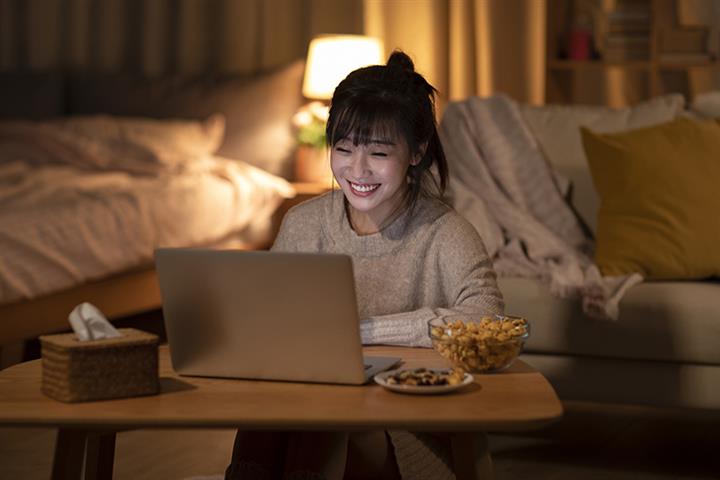 (Yicai Global) Feb. 19 -- More than 2.3 billion films were watched online over the Spring Festival holiday, a 20 percent jump from the year before, as people complied with the government’s exhortations not to travel home over the break to curb the spread of the novel coronavirus.

People spent an average of one and a half hours a day watching films between Jan. 28 and Feb. 16, a 19.6 percent year-on-year increase, the Economic Daily reported today, citing video platform Youku.

More than half of the viewers were female and most were between 25 and 29 years old, the report said.

Residents in Beijing, Shanghai and Guangdong province were among the top five in terms of the amount of time spent online.

The number of viewers in the new first-tier cities of Hangzhou, Nanjing, Wuhan, Suzhou, Chengdu and Chongqing more than doubled from last year, it added.

Around 100 million people stayed in the cities where they work over Chinese New Year and did not return to their hometowns. This led to new consumption trends emerging such as local travel and fitness activities, e-commerce giant Alibaba Group Holding said previously.