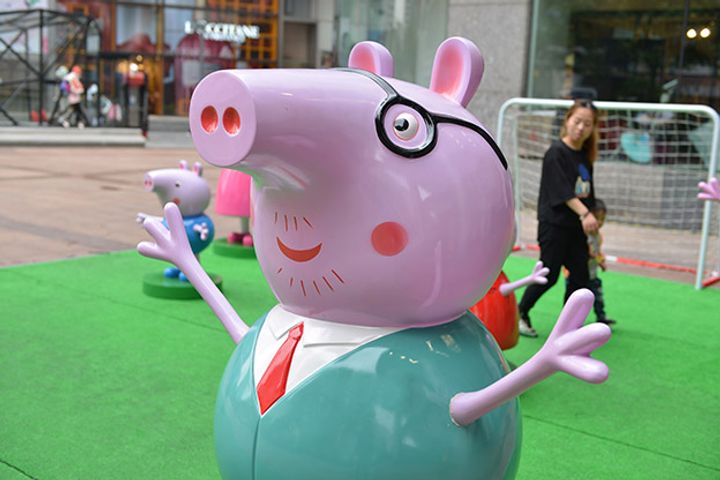 (Yicai Global) Dec. 17 -- Entertainment One UK, which has the rights to Peppa Pig brand, has stepped up its measures to stop counterfeits of the preschool cartoon character from circulating in China. The company is preparing to open its second and third related theme park in China next year.

Entertainment One UK has deleted nearly 100,000 links for products on Chinese e-commerce platforms and removed more than 4,000 online videos this year, the London-based company said in a statement last week.

The company has joined Alibaba Group Holding's anti-infringement community and cooperated with JD.Com and Tencent Holdings' WeChat to tackle the problem of plagiarism. Video platforms Youku, iQiyi and Tencent Video were also on the list.

Entertainment One has filed civil lawsuits against unauthorized use of Peppa Pig's logo and image in products including games and so far has won nearly 50 of these lawsuits which are worth tens of millions of Chinese yuan in total.