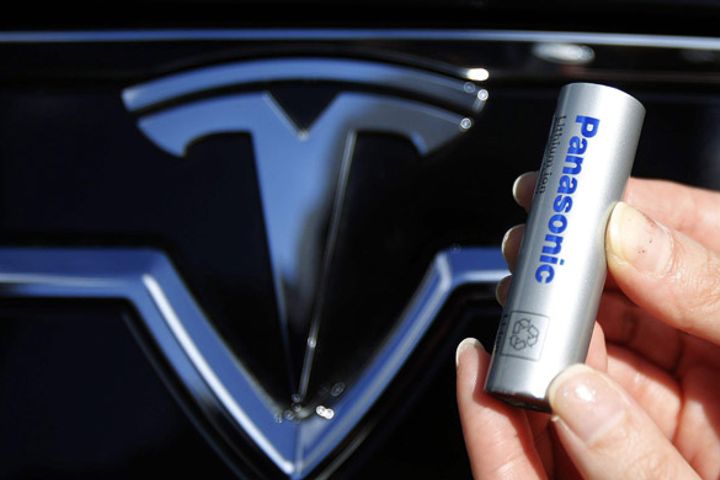 Panasonic Could Make Batteries for Tesla in China, Says Its President in First Official Acknowledgement

(Yicai Global) May 11 -- Japan's Panasonic Corp. could cooperate with new energy vehicle maker Tesla Inc. to produce batteries in China, said Kazuhiro Tsuga, president of the Japanese electronics multinational, according to online portal Sina. It is the first time that Panasonic officially acknowledges possible battery co-production for Tesla in China.

"As already reported, Tesla could in the future launch full-fledged production in China - and we could produce jointly," said Tsuga at the company's earnings briefing yesterday. It signals that the Japanese firm plans to tap increasing demand in the world's biggest auto market.

The company currently manufactures batteries for the US carmaker in Japan and at Tesla's Gigafactory plant in the state of Nevada, the US.

Panasonic cuts back on its low-margin consumer electronics business, planning to double its automobile business revenue to USD23 billion by the financial year ending in March 2022, the company said. Battery business plays a crucial role in this plan, it added.

Panasonic projects that in the fiscal year ending in March 2019, battery sales will drive its operating profit to rise 11.7 percent to USD3.9 billion. This follows the previous year's profit pressure caused by production delays in Tesla's Model 3 car for the mass market, which forced the Japanese firm to approach Toyota Motor Corp. to develop batteries for NEVs to reduce overreliance on Tesla.

The company's talks with Toyota have been progressing, said Tsuga.