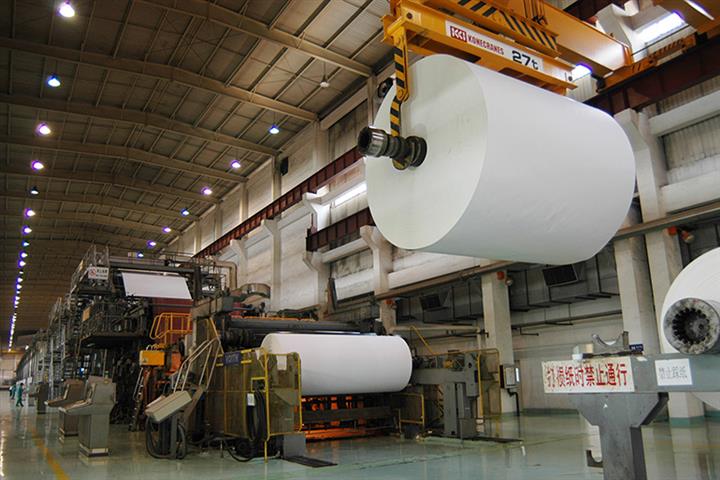 (Yicai Global) Dec. 30 -- Paper producers in China have announced price rises in the run up to a ban on solid waste imports, including of waste paper, from next year.

Tissue manufacturers kicked off the first wave of price hikes on Dec. 7, China Central Television News reported yesterday, without saying how much they rose. Producers in the provinces of Shaanxi, Hebei, Shanxi, Jiangxi and Zhejiang followed suit within 10 days, lifting prices by CNY200 (USD30.64) a ton.

Waste paper is a major category of imported solid waste. China, which produced 72 million tons of paper pulp last year -- of which 53.5 tons was waste -- will prohibit all solid waste imports from Jan. 1.

In recent years, as China has become more stringent in its management of solid waste imports, the amount of waste paper brought into the country has fallen from 28 million tons in 2016 to just over 10 million tons last year.

Curbing imported waste paper as a supplementary raw material for domestic paper mills has led to a sharp increase in the price of waste paper in China. The cost of grade-one waste cardboard paper has risen to more than CNY2,000 (USD306.40) a ton from CNY1,200 a ton before 2017. The nation has recycled much more waste paper than before, from around 51 million tons in 2016 to 62.5 million tons last year.

“Waste paper has surged from CNY2,000 per ton in September to CNY2,300 per ton now,” said Tang Yanju, secretary-general of the China Resource Recycling Association Waste Paper Branch “The price will rise slightly, as many paper makers will increase storage time and hike their inventory of waste paper because of the ban.”

Some large paper makers have built their own waste paper recycling plants or joined hands with big recycling companies to form entrepot storages for buying used paper. Others have set up overseas factories to process waste paper into semi-finished pulp imported into China to offset any shortage.