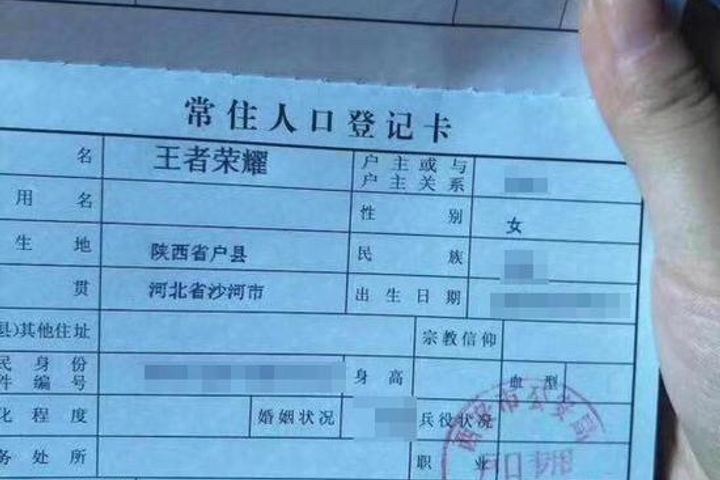 (Yicai Global) Sept. 6 -- Parents have named their child after Tencent Holding Ltd.'s [HK:0700] mobile game King of Glory, which is also translated as Honor of Kings and Strike of Kings.

A father in Xian, the capital of China's western province Shaanxi, registered his newly born daughter at the local police station as Wang Zherongyao (King of Glory), Hua Shang Daily quoted a netizen as saying. The father was able to use the name on her household registration, or hukou.

Hua Shang Daily met the girl's family. The mother said that her husband works in information technology in Xian, that the girl's name came from the game and that the baby's nickname is Glory. "As all the issues in our family are decided by my husband, and I have no objections."

Four-character-long names, such as Wang Zherongyao, are rare in Chinese. Most family names used by Han Chinese, the major ethnic group in China, are a single character, although sometimes compound surnames may be two or more characters. First names are usually one or two characters.