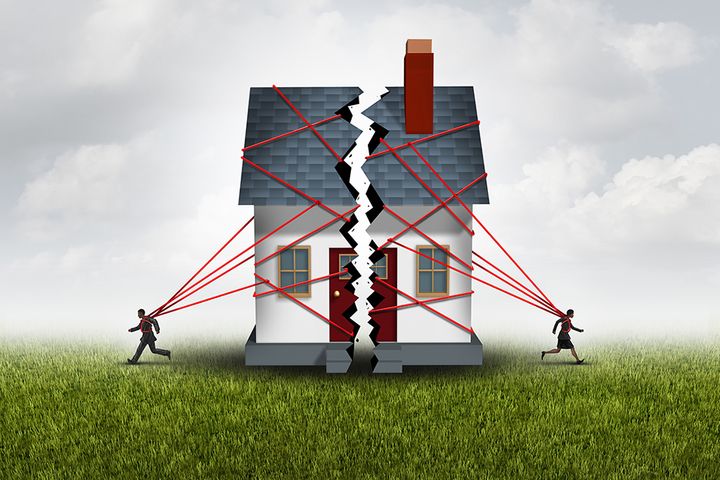 (Yicai Global) April 8 -- China's new consumer credit rating initiative will record cases of fake divorces used to skirt limits on buying houses and other shady practices in a bid to curb such dodges.

The People's Bank of China's Credit Reference Center has tested the system and will begin rolling it out soon, state-backed media the Economic Daily said yesterday. The new scheme will record more complete information, including employment history, extend the repayment record to five years, and will cover taxes owed, civil judgments, administrative penalties and other information.

Married couples use bogus divorces to side-step second-home purchase rules. As single people they gain first-time buyer privileges under the existing credit system, which does not rate one spouse's debt if the other assumed the home loan. Phony divorcees make up about a fifth of all supposed first-time purchases, according to industry insiders.

The new credit system will note the debt status of both for a home loan. Loan and debt records will remain intact even if the non-primary debtor spouse divorces, and the spouse will not be able to enjoy first-time buyer privileges of lower interest rates and down payments.

The credit reference system provides people's business and economic credit record for financial firms to avoid high-risk loans. The central bank-led database has access to over 3,500 banks and financial institutions, covering the credit information of 990 million people, as well as more than 26 million companies and other legal entities. Every day, it answers 5.55 million requests on persons and 300,000 checks on firms.

But the system is still imperfect. It only covers 35 percent of the population, way below the US at 92 percent, while 0.35 checks per person is just one-17th of that of the US's. The system needs urgent improvement of personal credit recordkeeping.

China has not issued special laws in the sector and should avoid privacy infringement. It must protect the right to know of recorded persons and improve its mechanism for handling objections, one expert said.