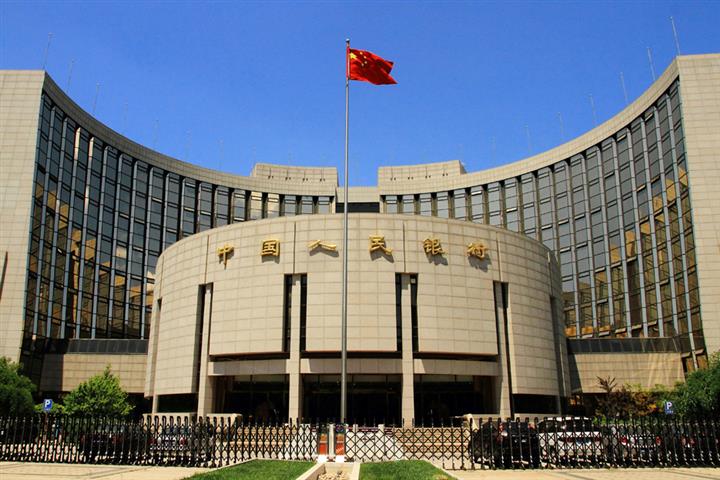 (Yicai Global) April 15 -- China's central bank cut the interest rate of its open market operation in medium-term lending facility loans by another 20 basis points after it snipped the rate on Feb. 17.

The People’s Bank of China injected CNY100 billion liquidity into the market via a one-year medium-term lending facility today, with the interest rate set at 2.95 percent, 20 bips lower than the MLF operation rate on Feb. 17 when the bank pared the rate for the first time this year.

The PBOC took the MLF operation today in part to offset a total of CNY200 billion (USD28.4 billion) in MLFs maturing this week.

The bank plans to cut the reserve requirement ratio by a further 1 percentage point, freeing up CNY400 billion in long-term funds to support small and medium-sized financial institutions, it announced on April 3. The first batch of liquidity, which totals CNY200 billion, is set to issue today.

The PBOC will implement a prudent monetary policy more flexibly and focus more on facilitating the recovery of the real economy, the central bank said, adding it will emphasize targeted regulation, pay attention to internal and external balances and maintain rational and abundant fluidity, as well as keeping the growth of currency-related credit and social financing on a par with economic development.