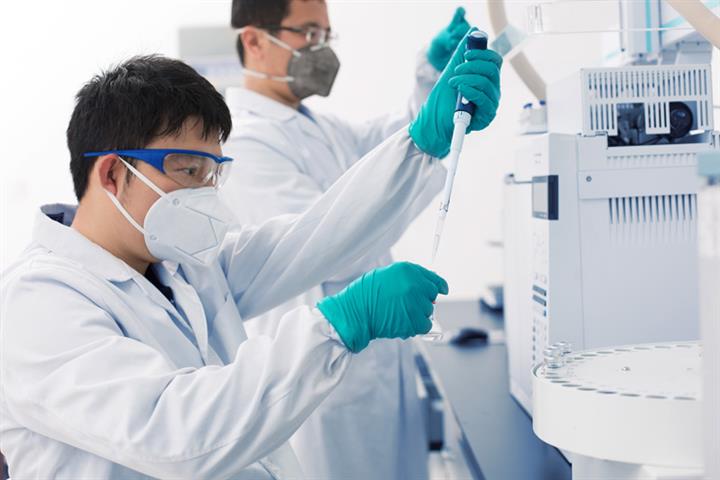 (Yicai Global) May 22 -- A research team from Peking University thinks it could have created an effective treatment for Covid-19 by this winter, according to the Global Times.

Animal experiments on the drug have been satisfactory and the researchers are pushing for clinical trials in July, the Global Times cited Xie Xiaoliang, director of the Beijing Future Genetic Diagnosis Center and leader of the research group, as saying. If all goes well, the treatment could be ready by winter, he added.

There are currently two approaches to developing a drug for the virus, Xie explained. When the outbreak began, many laboratories started trying to create vaccines, but as these are given to healthy people they need to be incredibly safe, and have higher standard requirements and longer development cycles, he said. His team opted to make a treatment for those infected, using high-throughput single-cell sequencing technology to find neutralizing antibodies in the blood of recovered patients.

Xie’s researchers have already screened 8,558 viral protein-binding antibody sequences from the plasma of 60 patients who have recovered from Covid-19, and found 14 highly active neutralizing antibodies, according to the university’s website. Their findings so far, achieved in less than three months, were published in academic journal Cell on May 17.

The human body produces neutralizing antibodies that can effectively prevent viruses from infecting cells, Xie explained, adding that the role of these antibodies is to bind to the virus, change its function, and prevent it from invading cells.

No other research teams domestic or overseas, have made advancements of this level, he added, saying the treatment would be low dosage, low cost and safe.