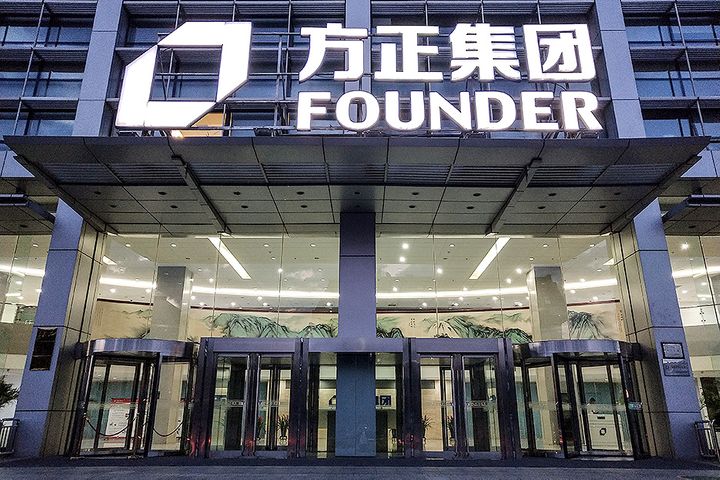 (Yicai Global) Dec. 4 -- Peking University Founder Group, China's largest university-run enterprise, said it is planning to introduce a large state-owned firm as a strategic investor, potentially even changing its controlling shareholder, after failing to make a repayment to creditors.

Founder Group, which has business in the fields of information technology, healthcare, real estate and finance, has been discussing restructuring with many potential partners, the 21st Century Business Herald reported, citing people familiar with the matter. There are still significant uncertainties regarding the deal as it has not yet been finalized, the conglomerate said in a statement yesterday.

On Dec. 2, the Beijing-based group failed to repay the principal and interest on a 270-day note worth CNY2 billion (USD284 million) because of a cash crunch, it said in an official filing on the same day. It is actively raising funds through various channels and will discuss with the lead underwriter and bondholders follow-up debt repayment measures, it added.

In May 2018, the central government ordered university-affiliated businesses to clarify their shareholders' relations and responsibilities.