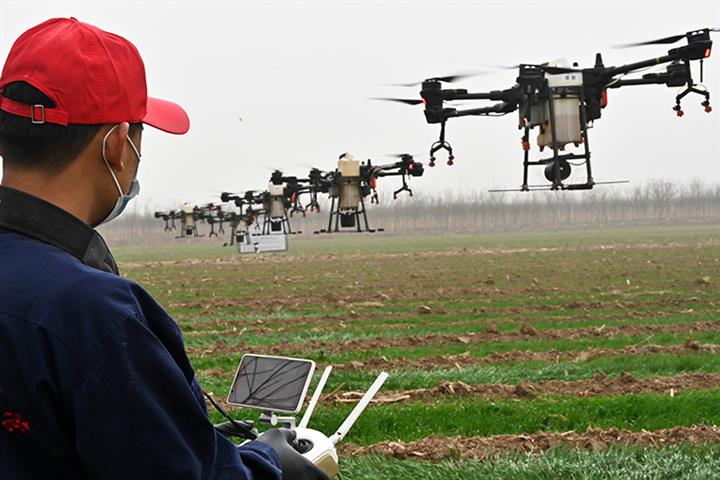 (Yicai Global) March 17 -- Shares in farm chemical and pesticide makers shot up today after China’s ministry of agriculture warned that yellow rust, a fungal disease that affects wheat, and the dreaded crop-eating fall armyworm have made reappearances across the country and are spreading as temperatures warm up.

Wheat yellow rust, which can reduce yields by more than 30 percent or even wipe out the entire crop, has already affected 143,333 hectares of the country’s wheat growing heartland across eight provinces, the Ministry of Agricultural and Rural Affairs said yesterday. It is the third most serious outbreak in a decade, it added.

Meanwhile fall armyworms have invaded 109,333 hectares of corn fields across southern China in Yunnan province, Guangdong province and the Guangxi Zhuang Autonomous Region that were planted in the autumn and winter last year, it said. This is an increase of 15 percent from the same time last year.

Climate conditions in the Mekong River delta this year are conducive to the reproduction of fall armyworms, said Wu Kongming, deputy head of Chinese Academy of Agricultural Sciences. China is under greater pressure this year than last to halt the armyworm’s advance both within the country, where it was first found in January 2019, and from without.

Around 70 percent of China’s agricultural land is at risk of severe diseases and pestilence this year, according to experts. Some 140 million hectares nationwide are likely to be affected, an increase of 14 percent from last year.

Many wheat fields in northern, eastern and central China are still at risk of wheat yellow rust although the disease is spreading slower than it did last year, said Kang Zhensheng, a scholar at Northwest Agriculture and Forestry University.