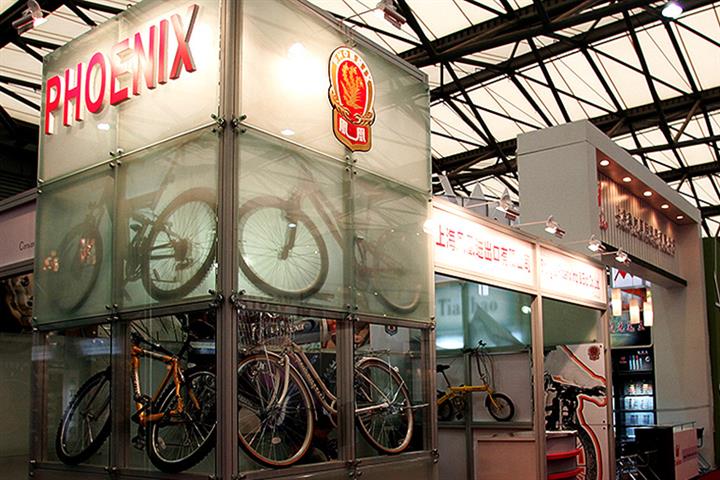 (Yicai Global) Nov. 19 -- Bicycle makers Shanghai Phoenix Enterprise and Zhonglu both hit the exchange-imposed limit up today as the industry experiences a boom as the Covid-19 pandemic shuts down overseas factories and encourages people to keep fit.

Export volumes are growing in double-digits month on month and factories are struggling to keep up, The Paper reported today. June exports jumped 30.5 percent year on year to 5.59 million bikes, according to data from the Chinese Cycling Association. Their export value was up 38.8 percent to USD321 million.

China produces 70 percent of the world’s bikes, around 80 million units a year. Increased orders are expected to keep coming in next year amid the pandemic, the report said. The boom may last until 2022.

Phoenix has export orders scheduled until next June. Last month, it doubled its production capacity by acquiring two more factories, Tianjin Aisaike Bicycle and Tianjin Tandem Bicycle. It is also rushing to hire additional staff in manufacturing, marketing and management.

Tianjin Yiluda Bicycle is also overwhelmed. It had 10 times more overseas orders in the third quarter than the year before and their transaction value came to 13 times what it was last year, the report said, citing a company insider. Some 20,000 bicycles were ordered in September worth CNY7 million (USD1.1 million).

The Tianjin-based firm has orders lined up until next April. Some of its customers are the Czech Republic and Argentinian governments, the insider said. “The company daren’t stop manufacturing for a moment,” he said. Workers work overtime every night until after 10 p.m. and the firm has even outsourced to other factories. The company's turnover is expected to reach CNY50 million this year, he added.

"It is also a good year for Chinese bicycle parts manufacturers,” the insider said. A number of customers have asked Phoenix to replace imported parts with China-made parts as all bicycle parts are in short supply overseas," he added.