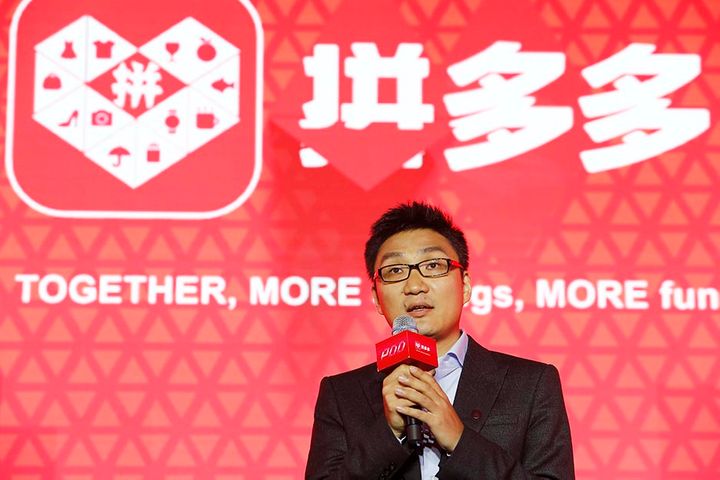 (Yicai Global) Oct. 28 -- Colin Huang, the 39-year-old founder of group-buying e-commerce platform Pinduoduo, has again topped Hurun's list of the richest Chinese aged under 40 after his net worth jumped CNY40 billion to CNY135 billion (USD19.1 billion) this year. That also made him the first self-made billionaire born in the 1980s to enter the top 10 rich list.

TikTok and Toutiao founder Zhang Yiming ranked second, with his wealth gaining CNY30 billion to CNY95 billion, according to a 2019 ranking the Hurun Research Institute released today. It is the fourth year that Hurun has released the league table.

Pinduoduo soared after its first-time share offering in the US in July 2018, and it had a market value of almost USD47.5 billion at the close on Oct. 25, compared with USD30.5 billion when it debuted. Bytedance, the parent company of TikTok and Toutiao, was worth more than CNY500 billion after a recent financing round, making it the world's second-most valuable unicorn.

A total of 54 entrepreneurs born after the 1980s whose personal wealth surpassed CNY2 billion entered the Top 100 rich list, four more than that of last year. Their average wealth exceeded CNY10 billion for the first time, hitting CNY11.1 billion. The largest increase was seen in the software services sector, with three more billionaires followed by the fintech sector with two more.

Wang Tao, founder of Shenzhen-based drone-maker DJI Technology, ranked third with a fortune of CNY47 billion, up 4 percent from a year earlier, followed by Zhang Bangxin, founder of TAL Education Group, with CNY44 billion, an increase of 22 percent.

Wu Jihan, co-founder of Bitmain Technologies, continued to be the richest entrepreneur born after 1985 with CNY17 billion. A total of 12 people made it to the list, same as that of last year. Among them, three were in the blockchain industry, making up the biggest share.

Two self-made billionaires born in the 1990s entered the list. Ge Yuesheng, executive director of Bitmain, remained the richest person under 30, with a personal wealth of CNY3.5 billion. The other was Chen Xiaoliang, founder of the user operation service platform Duiba with CNY2.2 billion.

Beijing was the top city for China's entrepreneurs under 40, followed by Shanghai, Hangzhou, Guangzhou and Shenzhen, with the five major cities accounting for 90 percent of the list.