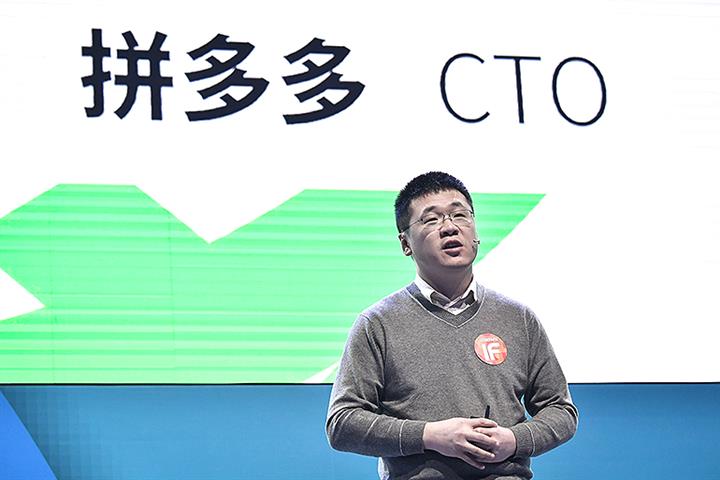 (Yicai Global) July 2 -- Colin Huang, the billionaire founder of Pinduoduo, has stepped aside as chief executive officer of the e-retailing sensation as he shakes up its executive structure to make way for young blood. He has also scaled back his shareholding in the company.

The Shanghai-based business has promoted Chief Technology Officer Chen Lei to CEO, Huang said in a letter addressed to all staff yesterday. Senior Vice President Zhu Jianchong has been appointed chief legal officer and Ma Jing from Chanel China will join the firm as vice president of finance. Forty-year-old Huang will remain as chairman.

"I hope that through these adjustments, the management can gradually hand over more management work and responsibilities to younger colleagues, speed up the growth of the team, and make Pinduoduo a better and stronger company that continues to be full of entrepreneurial energy," Huang said.

Set up in 2015, Pinduoduo has grown rapidly to become the country’s fourth-largest internet company, ranking behind Alibaba, Tencent and lifestyle platform Meituan Dianping. Tencent is its second-largest shareholder.

Huang, who Forbes magazine ranked as China’s second-richest man last month with a personal fortune of USD45.4 billion, wants to spend more time crafting the company’s medium- and long-term strategies, focusing in particular on building a partner system to make Pinduoduo more open to the public and more internationally competitive.

He also cut his stake in the company, which listed on the Nasdaq in 2018, to 29.4 percent from 43.3 percent in April and has reduced his voting rights to 80.7 percent from 88.4 percent, according to a US Securities and Exchange Commission document released yesterday.

That is a significant move as Pinduoduo’s share price [NASDAQ:PDD] has more than doubled since the start of the year. Yesterday, it closed 0.5 percent lower at USD85.45, giving the firm a market capitalization of USD102.34 billion.

Huang will give out 7.74 percent of the Pinduoduo shares he owns to the partner collective, which is made up of shareholders. Part of that can be used to fund long-term research into social welfare and other projects, without affecting the interests of Pinduoduo's existing investors. Another part can be used as a supplementary incentive for future management, Huang said.

Another 2.37 percent held by Huang and the founding team will be used to set up the Fanxing Charity Fund to promote social responsibility projects and scientific research.

"Pinduoduo's business has a strong social nature and we will eventually embrace the public," Huang said.

He also expressed the hope that the bulk-buy platform will become an institution for the public instead of a presentation tool of personal talents with too much personal color.

The new CEO, an old university buddy of Huang's in the US, has worked at Pinduoduo as CTO since 2016. Before that Chen was CTO and a senior architecture research and development engineer at Shanghai Xunmeng Information Technology, which started out as a mobile game publisher and is now Pinduoduo’s operator.