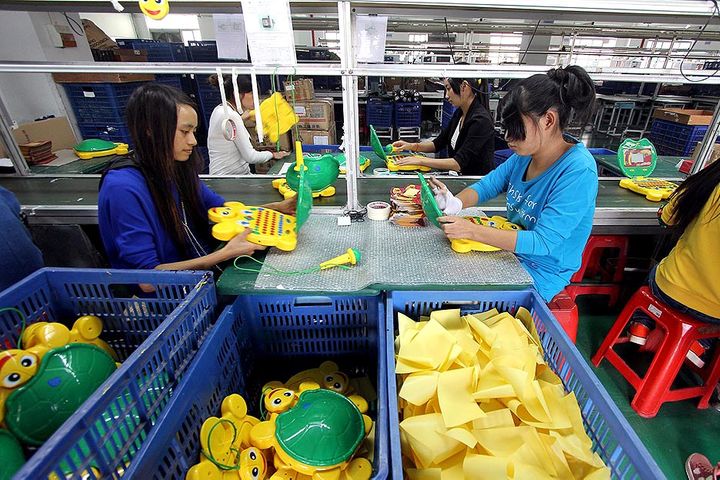 Foreign trade conducted by non-state firms jumped 11.4 percent to CNY13.48 trillion (USD1.95 trillion) in 2019, accounting for 42.7 percent of the country's total, the General Administration of Customs of China said today. That was an increase of 3.1 points over 2018.

The number of non-state firms with actual import and export business reached 406,000 last year, a year-on-year gain of 8.7 percent, Zou Zhiwu, the GACC's deputy director, told a press conference. They helped to boost international trade by 4.5 percent, he added.

"The significant rise in the number of private firms reflects the continuous optimization of the domestic business environment," Zou said. That "is an important manifestation of the endogenous and vigorous growth of China's foreign trade."

In December, China unveiled a slew of new measures to support the private sector whose contribution to the world's second-largest economy has gained in importance in recent years as the country moves away from a growth model rooted in resource-based manufacturing, investment and exports toward one focused more on domestic-driven services, private consumption and innovation.

The measures announced by the State Council, or cabinet, on Dec. 22 were aimed at creating more of a level playing field for private businesses with regard to their state peers.Zou said that the government will focus on the concerns of non-state traders, studying and issuing more targeted and preferential supportive measures.

Trade by private firms in China's central and western regions has grown faster thanks to the Belt and Road Initiative and the comparative advantages of regional comprehensive costs. The import and export growth of firms in these regions reached 28.3 percent and 22.4 percent, each, 19.5 points and 13.6 points higher than that of the eastern region.

The top four areas with the fastest growth in foreign trade among private firms last year were all in the central and western regions: namely, the autonomous regions of Guangxi and Tibet and the provinces of Hunan and Anhui.

Private enterprises have been increasing their efforts to develop new markets, with exports to all major markets expanding. While maintaining the advantages of traditional markets, their exports to emerging markets, such as those in the Association of Southeast Asian Nations, Latin America, and Africa, have increased by 25.6 percent, 11.4 percent, and 15.6 percent, respectively, higher than that of China's average export growth rate to the three markets, per the data.

Small and micro-companies make up a relatively high number of private firms, and they tend to face cash flow, taxation, and financing pressures, Zou noted.

China's total foreign trade reached CNY31.5 trillion last year, setting a record high despite its trade conflict with the US and general uncertainty in the global economy. But the pace of growth decelerated to 3.4 percent from 9.7 percent in 2018.