Products With Zero Tariff Cover Half of Bilateral Trade Between China and South Korea
Xu Wei
DATE:  May 25 2018
/ SOURCE:  Yicai 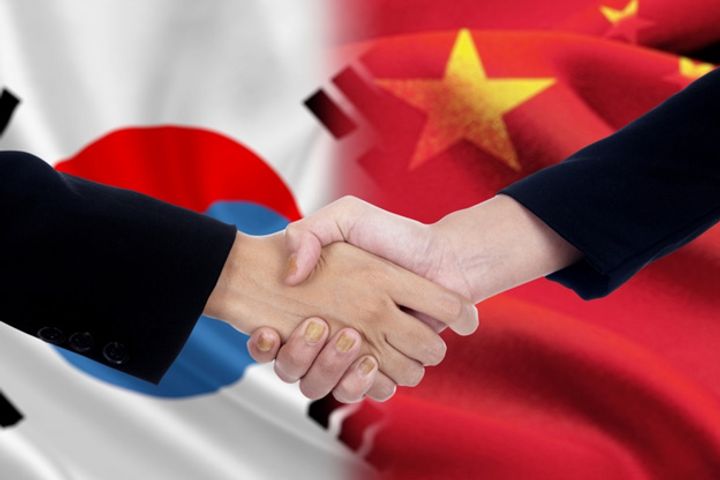 (Yicai Global) May 26 -- As China and South Korea have carried out four tariff reductions since the first implementation of the Free Trade Agreement between the two countries more than two years ago, products subject to zero tariff now cover half of bilateral trade between Beijing and Seoul, according to China's commerce ministry.

Products with zero tariff now occupy 50 percent of bilateral trade between China and South Korea, said Gao Feng, the spokesman for the ministry of commerce, in a regular press briefing yesterday.

Driven by the FTA, bilateral trade reached just over USD280 billion last year, up nearly 11 percent. The FTA has lowered tariffs on clothing, footwear, household appliances, and agricultural and aquatic products, among others, and has brought tangible benefits to the businesses and the peoples of both countries.

In March, the two sides held a joint committee meeting on the China-Korea FTA in Seoul, which praised the role of the agreement in promoting trade and investment between the two countries and agreed to enhance the cooperation in the areas of goods trade, customs inspections and economic and technical cooperation within the framework of the FTA.

The joint declaration issued after the seventh trilateral summit meeting of the leaders of China, Japan and South Korea reaffirmed their willingness to further accelerate negotiations on a China-Japan-South Korea Free Trade Agreement. China hopes to work together with Japan and South Korea to strive to reach a comprehensive, high-level and reciprocal free trade agreement as soon as possible, Gao said.