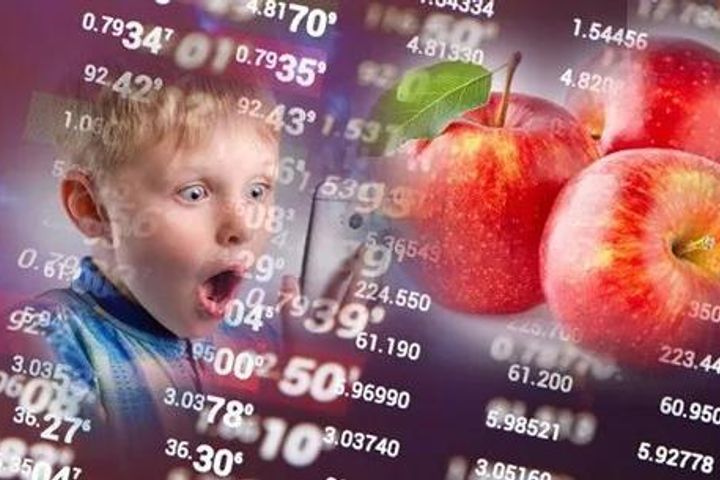 (Yicai Global) May 21 -- A rare frost that hit the apple-growing regions of western China during the three-day Qingming Festival public holiday last month sent the apple commodity futures into a seesawing frenzy, and the Zhengzhou Commodity Exchange, one of China's four futures exchanges, has issued five regulatory orders to control speculation in response.

In order to control the high level of speculation, the exchange adjusted the commission charge of closing a transaction to CNY3 per lot on May 16, only to revise the hike up to CNY20 per lot three days later. It also raised the margin deposit of the contract to 10 percent on May 17, and raised it further up to 15 percent two days later.

The high potential for profits has been caused by the loss of crops. Yan'an city, in northwestern China's Shaanxi province, suffered from a plunge in apple output of 80 percent to 87 percent in the worst-hit areas, while in north-central Ningxia Hui Autonomous Region, the harvest was cut by over 70 percent at worst. Shandong, one of the biggest apple producing areas, was moderately affected.

The effect caused by the late spring coldness is beyond expectations, and the prospects are not optimistic. Most apple deliveries consist of class A fruit -- a percentage which is sure to decline -- which affects the volume of whole delivery, said Bai Tang, an analyst from CITIC Futures.

The proportion of speculators is high and dominated by individual investors, while most of the institutional customers remained calm, said Securities Times. Some of the fluctuations may be explained by the investors' lack of understanding of the apple market, which means customers may change to other fruits if one's price becomes too high, increasing the potential for wasted stock, said an executive from a futures company.

The intensified regulatory efforts will cool off the trading, predicted a market insider.