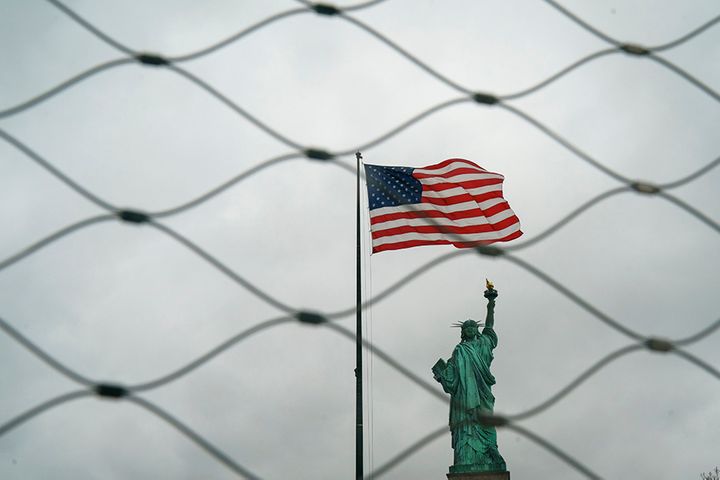 (Yicai Global) May 29 -- The US seems to be losing its luster as a travel destination for Chinese tourists these days.

Their arrivals fell 7.9 percent last year to 2.9 million in the first drop since 2003, the latest data from the US Department of Commerce's National Travel and Tourism Office show.

US neighbor Canada ranked first, sending 23 million of its own last year, NTTO data show. The data includes visitors who came to the US for travel, family visits, education, business and healthcare.

Chinese travelers spent about USD24 billion in the US last year, compared with the USD4.8 billion they shelled out in 2007, NTTO's statistics also indicate. Canadian visitors to the US last year almost outnumbered Chinese by a factor of 10 and the country also surpassed China in tourist spending at USD27.2 billion.

The US hosted about 3 million Chinese in both 2016 and 2017, but that figure only logged an annual 4 percent rise in 2017, the lowest in more than a decade. China ranked fifth in the numbers it sent to the US in 2017, after Canada, Mexico, the UK and Japan.

China's neighbors Thailand, Japan, Vietnam, South Korea and Singapore are the most popular tourist destinations for its trippers, while the US only ranks ninth, a joint study titled the Big Data Report on Chinese Tourists' Outbound Tourism in 2018 from China Tourism Academy and Ctrip.Com indicates.

Young Chinese have also favored niche tourist destinations more in recent years, such as Serbia, the first central and eastern European country to offer visa-free entry to Chinese, whose visits to the Balkan nation rose by 98 percent from 2017 to a record-high 102,400 last year. China has now become the country's second-largest source of foreign tourists after Bosnia and Herzegovina.