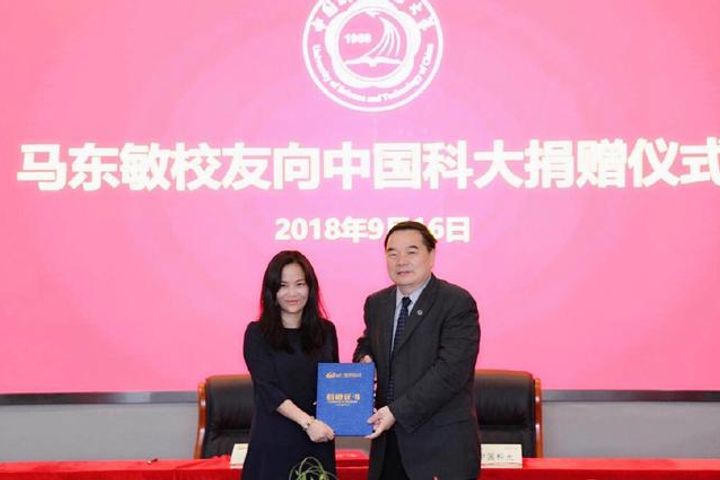 Ma, who studied on the young and gifted program more than 30 years ago, has also set up the USTC Rose Development Fund, the college said online yesterday. This year is the university's 60th and the School of Gifted Young's 40th anniversary.

USTC has made a number of recent breakthroughs in quantum information, high-temperature superconductivity, speech technology and nanomaterials, and has educated 73 academicians to date. It has also provided about 10 percent of candidates for China's 1000 Youth Talents Program, a scheme brought in to recognize and recruit international experts in scientific research and innovation.

Ma, born in China's eastern province of Anhui, began studying on the young and gifted program at the age of 15. She went on to study in the United States, where she got her doctorate in biochemistry and molecular biology. In 1995, while still in the States, Ma met and married Li, known in Chinese as Li Yanhong.

She worked with Baidu, China's biggest search provider and a rising force in artificial intelligence, from its foundation in 2000 until 2007, when she left to focus on family. Ma rejoined the firm as Li's special assistant in 2017.

Follow Yicai Global on
Keywords:   Ma Dongmin,Baidu,University of Science And Technology of China,Donation