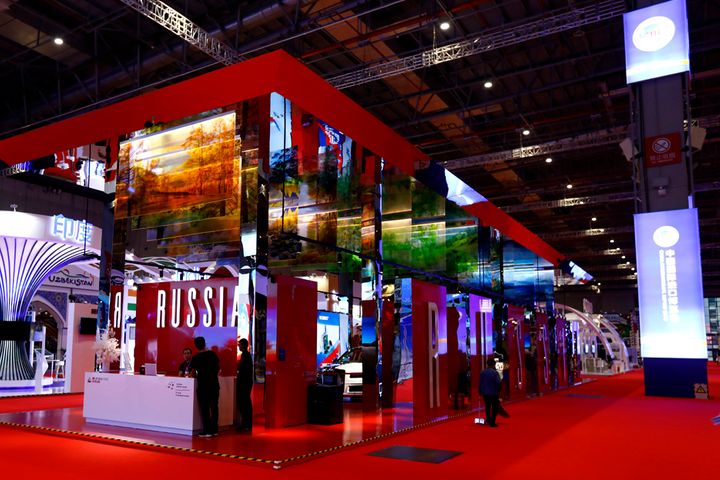 The two nations traded around USD107 billion with other last year, according to official Chinese data, a gain of 27.1 percent but still less than 55 percent of the goal.

Defining a specific timeframe for the target is difficult, Gruzdev said during the Russian pavilion's opening ceremony at the event in Shanghai, but he was adamant that the target will be realized.

To help make it a reality, Russian companies will sell not only more products, but also more services to China, he added, saying firms from the two countries should work together to make goods and sell them to other nations.

One such example would be the CR929 plane, a long-range wide-body aircraft that China Commercial Aircraft and Russia's United Aircraft are working on together, Gruzdev continued. The jet is expected to make its maiden flight between 2025 and 2027.

Russia is the only one of 15 special guests at the 2019 CIIE that enjoyed the same status at the inaugural event in 2018. Its pavilion has a total 256 square meters of exhibition space at this year's event.