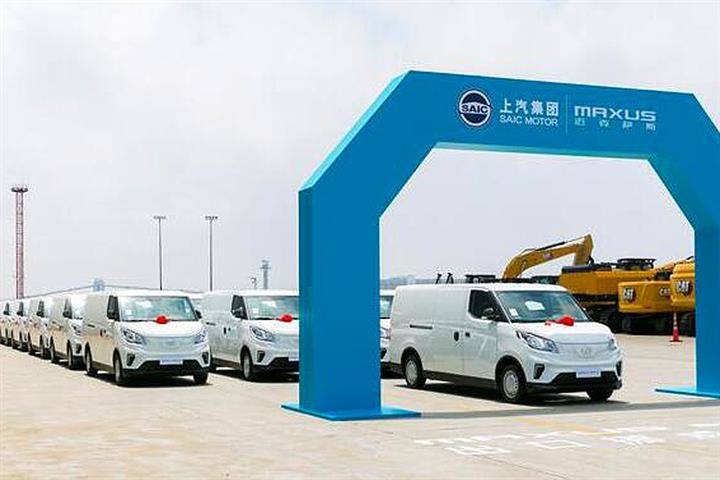 This is the first Chinese electric vehicle brand to enter Europe’s small and mid-sized market segment. Norway has the highest share of new energy vehicle sales on the continent, and these made up 56 percent of Europe’s total last year.

The subsidiary has thus far received over 1,000 orders in the local market for the electric van SAIC independently developed since presales began. It is priced at about CNY270,000 in Norway, where the premium is much higher than for other Chinese brands in overseas markets, SAIC Maxus told Yicai Global.

The company will seize this opportunity to develop the European market, a company insider told Yicai Global.

The local sales targets for this year will be 5,000 to 7,000 units. To achieve this goal, in addition to continuing to produce this vehicle at its main production base in Shanghai, SAIC Maxus has also set up a special line for this vehicle at its plant in Wuxi in neighboring Jiangsu province.

Chinese electric vehicle manufacturers have accumulated decided advantages in manufacturing technology and industrial chain construction that give them an edge over overseas manufacturers, Yang added.

SAIC MAXUS also pulled out the stops to adapt its vehicles to local conditions, such as adjusting the wheel spacing and adding a battery pack heating function to suit the frigid local climate.

The outbreak of the Covid-19 pandemic in the first half prompted the company's overseas sales staff to turn to the online celebrity live-stream sales method so popular in China to push products.

Sales staff drove directly to customers doors to let them test drive the vehicles. This caused the number of orders in Norway to mushroom though only two EV30s were present in the Nordic country at the time.