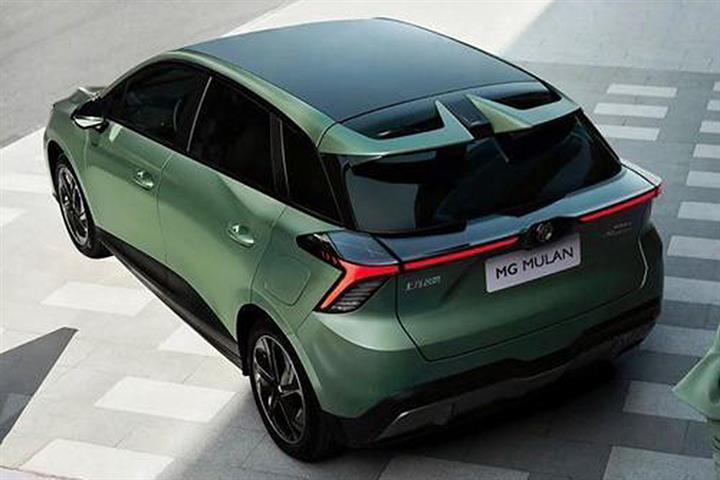 The Shanghai-based carmaker unveiled the MG-branded Mulan, the first built on Nebula, last month. The model will also be released in Europe under the name MG4 Electric.

Nebula, which is compatible with power battery capacities of between 44 kilowatt hours and 150 KWh, and electric machines of between 150 KW and 600 KW, can be applied to models of different sizes and SAIC’s four major brands of IM, Rising, Roewe, and MG. It is also compatible with various advanced technologies such as solid state battery and automatic driving.

While suppling systematic and fundamental support for new model development, the platform allows SAIC’s different brands to maintain their own design and manufacturing characteristics, the firm said. For instance, the brands can still give play to their own features and expertise in developing new models to underline their individual market positioning and style.

SAIC expects its new energy vehicle sales to exceed 2.7 million by 2025, making up at least 32 percent of the company’s total, according to data President Wang Xiaoqiu disclosed earlier.

Developing new models with dedicated EV platforms is becoming a trend among automakers. For example, Changan Auto is gradually introducing new models based on CHN, an intelligent smart EV tech platform co-developed by Changan, Huawei Technologies, and Contemporary Amperex Technology, and EPA1, a self-developed new energy platform, a person who has been working at traditional carmakers told Yicai Global.