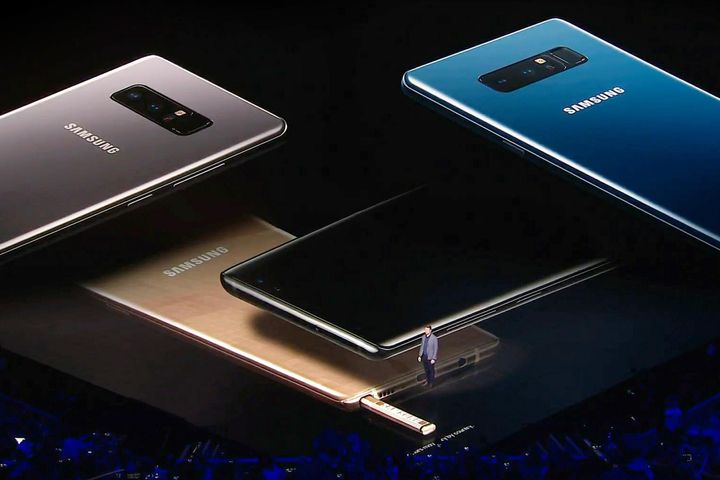 Samsung released the same product in the United States last month, priced at USD930. Apple showed off its iPhone X this week, and it will be available in 64- gigabyte and 256-gigabyte models, priced at CNY8,388 and CNY9,688, respectively, in China.

Samsung's Galaxy Note 8 has an 'infinity' display and a dual-lens camera. In terms of software, Galaxy Note 8 supports Chinese internet giant Tencent Holdings Ltd.'s [HK:0700] WeChat payment as its users can get a WeChat QR code directly through iris scanning. The phone's game center partnered with Tencent and introduced a gift package worth CNY1,500 that gamers can use on five Tencent games.

To cater to the popular shared bicycle market in China, Samsung formed a technical cooperation with Beijing Mobike Technology Co., a local bicycle-sharing company. Users can directly use the phone's camera to scan and unlock shared bicycles, without having to open the Mobike app.

Reservations for the Galaxy Note 8 began yesterday. Advanced deliveries will arrive on Sept. 28. It will officially go on sale on Sept. 29.