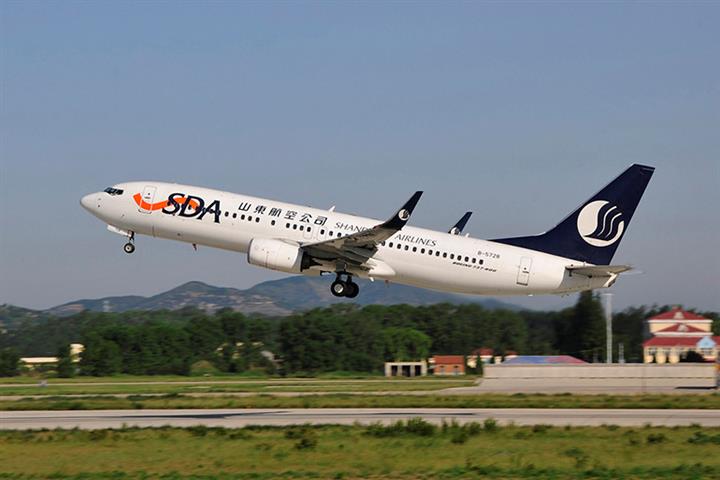 Shandong Airlines to Be Delisted After Air China Takeover

Shandong Airlines, which has been listed for nearly 22 years, has received the flag carrier's tender offer and will withdraw from Shenzhen's B-share market, referring to the bourse's equities traded in Hong Kong dollars, according to the Jinan-based aviation company's statement released yesterday.

Shandong Airlines' stock price [SHE: 200152] surged 5.2 percent to HKD2.84, or more than 8 percent higher than the offer price, after the shares started trading again today following a two-week suspension.

Shandong Airlines and its parent Shandong Airlines Group have become insolvent amid the continuous impact of Covid-19 outbreaks, said the eastern Chinese flight operator. The transaction should provide funds for them to solve their problems, it added.

After the acquisition, Air China will inject more funds into Shandong Airlines Group and become the actual controller of the firm with no less than 66 percent of its equity, up from the earlier 49.41 percent, the Beijing-based buyer said in a statement yesterday.

Before the transfer, Air China had a direct stake of 22.8 percent in Shandong Airlines. Meanwhile, Shandong Airlines Group held 42 percent of the aviation firm's equity. Consequently, the share sale triggered a mandatory general offer as Air China now needs to buy all the shares in the target company after gaining ownership of a third of them.

The acquisition failed to cause major excitement among Air China's investors. Shares of China's biggest airline [SHA: 601111] climbed by 0.2 percent to CNY9.34 (USD1.40).