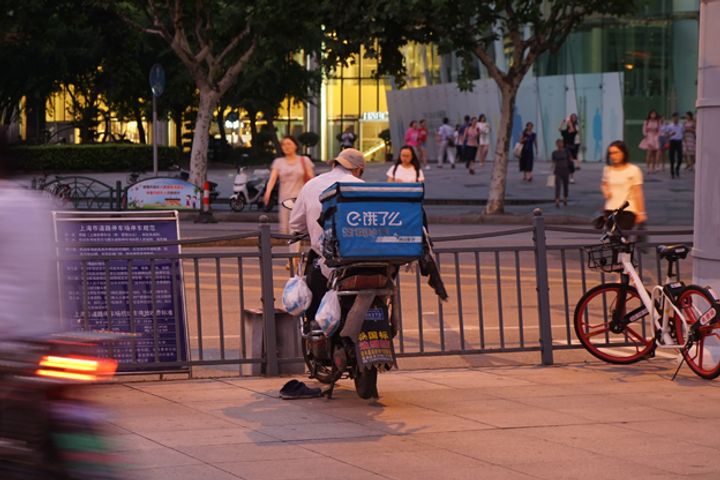 (Yicai Global) March 8 -- Authorities in the eastern Chinese city of Shanghai will bring in a scoring system for takeout food delivery personnel in an effort to reduce accidents and traffic violations.

Shanghai's Public Security Bureau organized a hearing with the city's major takeout players on March 7 including Ele.me, Meituan-Dianping, Baidu Waimai, KFC, McDonald's and Pizza Hut to inform them of the new rules and provide an update on their drivers' road violations and accidents, local news outlet Wen Hui Bao reported.

Safety on the roads has become a hot topic in the city, especially with regards to the takeout delivery sector. There were 76 delivery personnel killed or injured in Shanghai during the first half of last year alone, local police data shows, over one-quarter of whom worked for Ele.me or Meituan, the two biggest players.

Delivery drivers in the city will carry scorecards with them when on duty and receive points for misdemeanors. Illegal parking will incur a three-point penalty while running a red light will cost them six points. Accruing 12 points will result in a one-day suspension from work, 24 points will lead to a three-day layoff and drivers with 36 points will be fired and blacklisted from the sector.

Drivers will incur suspensions based on their level of responsibility in accidents that occur. If they are deemed to be the main cause of the accident, they will be suspended for five days. Cases of minor and equal responsibility will result in respective layoffs of one and three days. The riders concerned will then only return to work upon completion of safety training.

Shenzhen authorities will also publish monthly lists of total traffic violations per company each month in an effort to name-and-shame the biggest offenders. Drivers working without having already passed required safety tests or caught riding on restricted roads will also be fined CNY2,000 and have their electric bike detained.