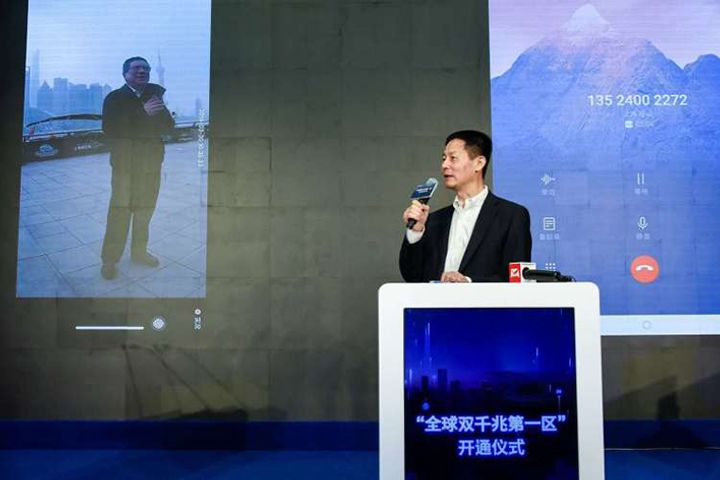 (Yicai Global) April 1 -- Shanghai's Vice Mayor Wu Qing made the debut call on the world's premier district-wide fifth-generation network over the weekend, celebrating the milestone by dialing from a Huawei Mate X.

The city's Hongkou district had built 228 5G base stations prior to the March 30 ceremony, an executive at the local arm of telecoms giant China Mobile told Yicai Global. The district is the only one in the world offering gigabyte-level transmission rates for both fixed broadband lines and mobile networks.

China Mobile's Vice President Jian Qin also made a video call at the event, calling a Hongkou resident via the new network and interacting with clear video and audio and with next to no latency.

Shanghai is one of the pilot regions where China Mobile is trialing 5G, the local China Mobile source added. Users with 5G equipment can now connect to the network to experience the benefits of 5G, he said, though warning that the network is still undergoing trials and is not yet fully mature.

The carrier plans to broaden 5G coverage across the region, said Wan Jianhui, director of the Science and Technology Commission and the Commission of Information Technology under Hongkou's district government. He expects 4G and 5G coverage rates to be the same in the district by year-end, when the newer technology will be used for as many calls as its predecessor.