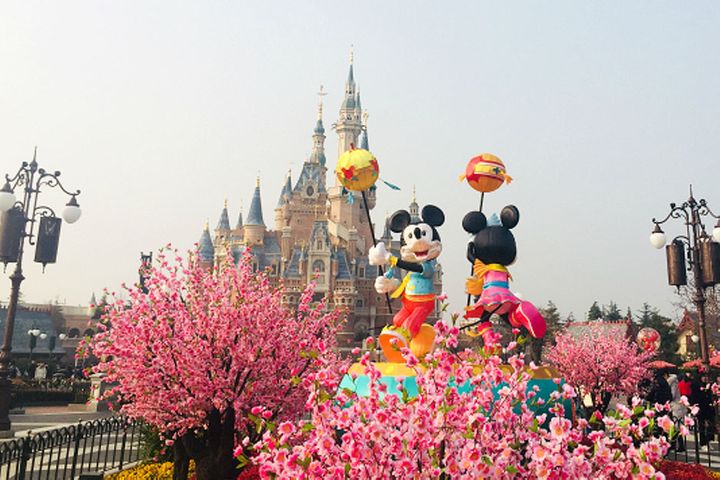 (Yicai Global) March 9 -- Shanghai Disneyland has reopened some of its accommodation, shopping, dining, and outdoor areas amid a declining number of confirmed Covid-19 cases in the eastern city. But the theme park will remain closed.

Shanghai Disneyland Hotel, Disneytown, and Wishing Star Park will be open from 11 a.m. to 7 p.m. daily, the resort said in a statement on its WeChat account. Inflows of people will be controlled to avoid close contact. The date of resuming theme park operation will be decided later, it added.

As the new respiratory illness spreads, Disney theme parks in Hong Kong and Tokyo have also been temporarily shut down. With Shanghai, that is three out of the world's six Disneylands. But the number of Covid-19 infections has started falling in the Chinese mainland city and new suspects are now often coming from abroad.

Each visitor to the Shanghai resort must have their body temperatures checked, wear a face mask, and show their government-issued Covid-19 WeChat code to prove that they are not breaking a quarantine, the post added.

If Shanghai Disneyland is closed for two months, its management expects the park's operating income to fall by USD135 million in the second quarter, The Walt Disney Co.'s Chief Financial Officer Christine McCarthy said during an earnings call on Feb. 4. "The precise magnitude of the financial impact is highly dependent on the duration of the closures, and how quickly we can resume normal operation."