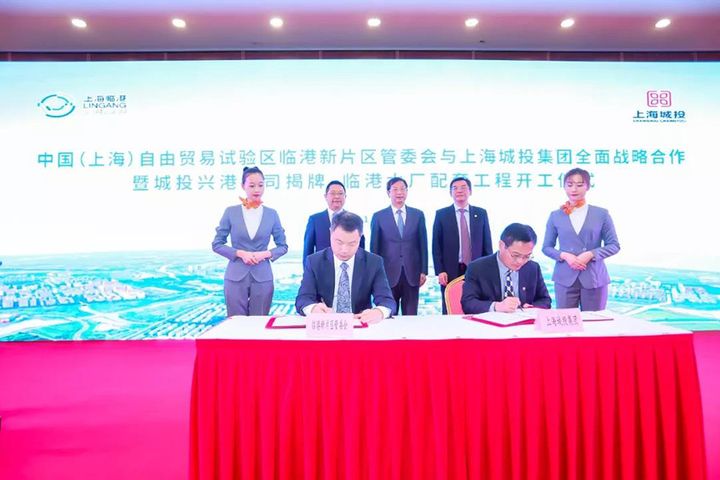 Covering 12 hectares, the public utility expansion project broke ground yesterday and will be able to supply the district with over 200,000 tons of water a day, the Shanghai Observer reported. The project investment, construction and operation is being managed by the Shanghai Municipal Investment Group.

As of Dec. 17, there were 3,311 companies based in Lingang, including 105 foreign firms. They have a combined registered capital in China of CNY53.9 billion (USD7.7 billion) and USD3.6 billion overseas, an executive from the area's management committee said. There are also 101 projects signed with an investment value of CNY50 billion.

Lingang New Area was included in the FTZ in August. It offers internationally recognized standards such as free import and export of commodities, facilitated capital flows and improved connectivity with overseas regions. US electric carmaker Tesla's Gigafactory 3, its first production facility outside of the US, has just opened in Lingang.