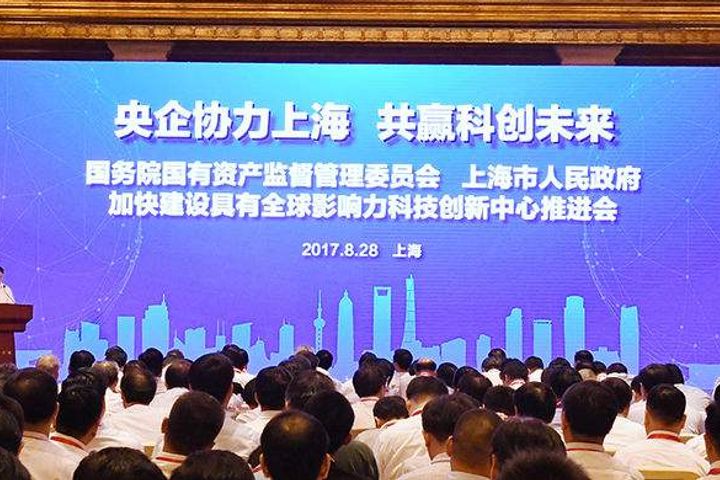 (Yicai Global) Aug. 29 -- China's State-Owned Assets Supervision and Administration Commission, run by the country's cabinet, the State Council, has signed a strategic cooperation agreement with Shanghai's municipal government to set up major projects for central state-owned enterprises in the city and help it build an influential science and technology innovation center.

The pair also introduced three supporting documents and signed 20 science and technology and emerging industry projects, including the development of a science and technology park at Wusongkou, submarine cable works and a nuclear innovation center involving smart manufacturing, biomedicine, new energy, marine engineering and other fields.

The Shanghai science and technology innovation center is an open platform, said Han Zheng, secretary of Shanghai Municipal Committee of the Communisty Party of China said, adding that the central-owned enterprises' participation in the construction of the innovation center will accelerate its ability to make scientific and technological achievements.