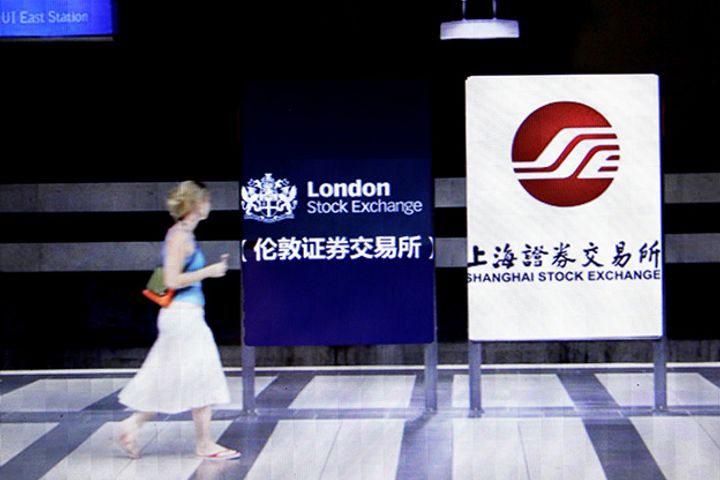 (Yicai Global) Oct. 15 -- The Shanghai Stock Exchange has issued more details on requirements for participation in the upcoming Shanghai-London Stock Connect scheme, dictating that oversea issuers of Chinese Depository Receipts must have an average market capitalization of at least CNY20 billion (USD2.9 billion) over the 120 trading days leading up to their application.

The bourse also stipulates in a list of interim measures that individual investors should have an average daily balance of no less than CNY3 million (USD435,000) for any transaction.

Expected to kick off before the end of the year, the scheme allows London-listed firms to issue CDRs in Shanghai while Shanghai-listed companies may issue Global Depository Receipts in London, which connects transactions of both markets.

Oversea issuers must have listed on the London Stock Exchange within the last three years and within the last 12 months for those on the main board. They must also issue at least 50 million CDRs worth at least CNY500 million, the SSE states.

Individual CDR traders who want to participate must have an average daily balance of no less than CNY3 million in their securities and fund accounts over the 20 trading days prior to their application's approval excluding funds and securities earned through the margin trading. They should have not run up any severe credit records, bans or limitations on securities transactions under Chinese laws and the SSE's business rules.

The SSE is currently seeking public consultation on the rules until Oct. 19 and will revise the rules for the scheme based on market feedback before the final release.