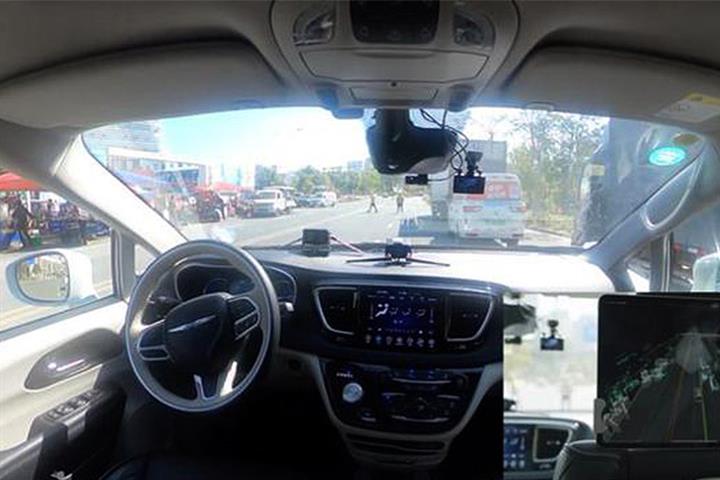 (Yicai Global) July 19 -- Shanghai is considering banning all data collected during the testing and demonstration of connected cars from being transferred overseas as the country brings out a slew of new regulations to improve national data security.

Vehicle testing bodies should be prevented from transmitting information generated during the testing and demonstration of new energy vehicles to foreign countries without prior approval, the Shanghai Municipal Commission of Economy and Informatization said in a draft policy issued on July 16. It also proposed that all such entities should form a personal data protection plan to prevent the unlawful trading, transmission and disclosure of such data.

The Ministry of Industry and Information Technology will speed up the development of data security standards in the fields of internet of vehicles and the industrial internet, MIIT official Zhao Zhiguo said on July 16. The ministry also released a draft action plan last week to better manage data storage, data transmission and personal data privacy.

China’s cabinet has recently called for tougher monitoring of how its big tech titans collect and use consumer data and said it will step up regulatory oversight of companies trading in overseas markets, especially concerning the cross-border transfer of classified data.

Earlier this month, the Cyberspace Administration of China launched a cybersecurity probe into Didi Chuxing, accusing the Chinese ride-hailing giant of using illegal means to harvest and use consumer data. The announcement sent the Beijing-based firm’s mega initial public offering on the New York stock exchange on June 30 into freefall with its stock tumbling 25 percent below the opening price of USD16.82 per share.

A number of multinational automakers, such as Tesla, Volkswagen and Ford Motor, have set up their own data centers in China. “We store Chinese market data inside the country,” a spokesperson for Ford China told Yicai Global last month.

The country’s first law on data security is due to come into effect in September. It will regulate how connected cars collect and use data as smart autos become the second most-used intelligent device in people’s daily lives after smartphones.