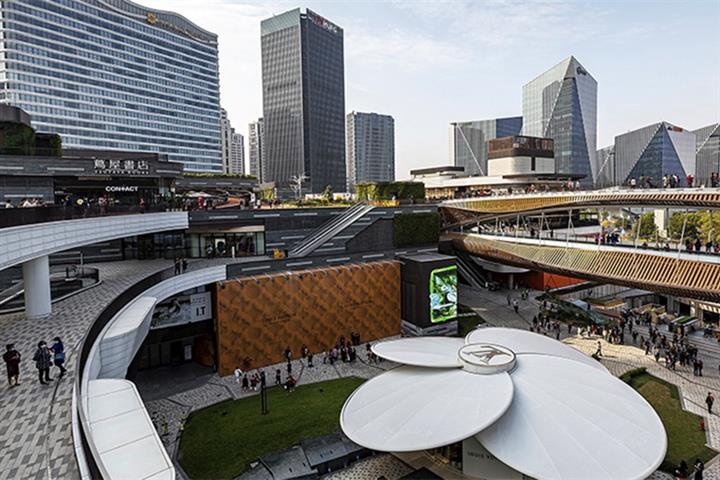 (Yicai Global) Jan. 14 -- There was an upswing in demand for office space in Shanghai last year despite the impact of the Covid-19 pandemic, and rents increased from 2020 in the first hike in five years while occupancy rates climbed, according to a recent report.

Rents were CNY277 (USD44) per square meter per month on average in 2021, according to US commercial real estate services firm CB Richard Ellis. They climbed 1.7 percent in the central business district in the fourth quarter from the same period last year and 6.4 percent in non-CBD areas. The vacancy rate dropped last year to 16.6 percent from over 20 percent in 2020.

The significant revival in demand for Shanghai office space indicates the city’s successful positioning in emerging industries and its huge attraction to foreign capital, Zhang Yue, person in charge of trade services and office buildings at CBRE, told Yicai Global. Shanghai has made big efforts in recent years to promote new fields such as the digital economy, green energy and new energy vehicles and this is now paying dividends.

The telecommunications, media and technology sector has overtaken the financial sector as the biggest renter of new space, the report said. E-commerce, social media, artificial intelligence, Big Data and fintech accounted for 26 percent of new space absorption, much more than 2020’s 16 percent, while the financial sector stayed at 19 percent both years.