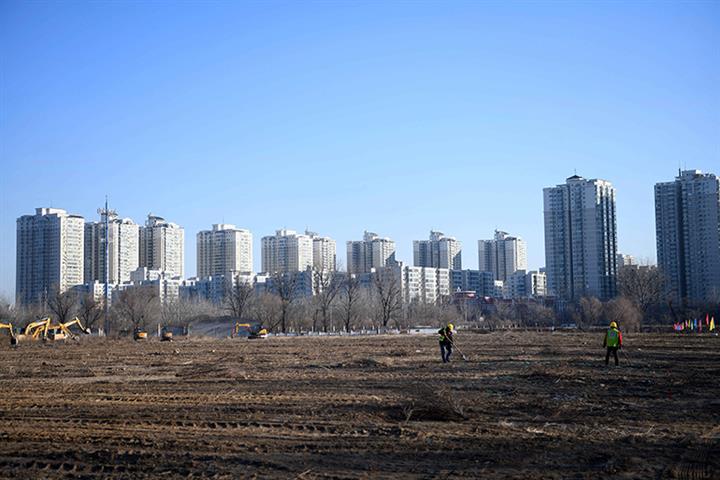 Shanghai, Other Chinese Cities Start Work on Projects Worth Billions of US Dollars to Boost Economy

(Yicai Global) Jan. 5 -- Local governments in Shanghai, the southwestern province of Sichuan, the eastern province of Anhui and other areas of China broke ground on hundreds of projects in infrastructure, key industries and public welfare worth billions of US dollars on the first work day of the new year to help spur the economy amid slowing growth.

Some 23 projects involving an investment of over CNY120 billion (USD18.9 billion) got underway in Shanghai’s Pudong New Area yesterday, Yicai Global learned from Wu Jincheng, director of the Shanghai Municipal Commission of Economy and Informatization. Most of the projects are in the integrated circuit, biomedical and artificial intelligence sectors.

Promoting investment is a priority for China's economy at present and will be for some time to come, Lu Zhiheng, vice director and chief macro analyst at Yuekai Securities' research institute, told Yicai Global. It can not only offset economic downward pressure but also plays a key role in optimizing supply structure, he added.

Infrastructure investment will play a key role in stabilizing the overall macro-economic situation this year, said Wang Qing, chief macro analyst at Golden Credit Rating International. Investment growth is expected to reach 8 percent in the fourth quarter, and then flatten out to between 4 percent and 6 percent over the course of the year. This is still significantly higher than the near-flat levels over the past two years, he added.

The Ministry of Finance has allocated CNY1.46 trillion (USD229.5 billion) of local government special bonds this year to fund such infrastructure projects, and is requesting local governments to issue them as soon as possible, Vice Minister Xu Hongcai said in December last year.

However, it will take time for the quota to reach the projects, so overall investment may stay at a relatively low level in the first quarter and even the second quarter and not take effect until the second half, said Wang Jun, chief economist at Zhongyuan Bank.

China's infrastructure investment may outpace gross domestic product growth to reach 6.5 percent this year, Citic Securities said recently. And investments in new infrastructure projects such as new energy, pollution control, carbon emissions reduction, green construction as well as urban and rural pipeline networks may make up 15 percent of the year's total, up from the current 10 percent.