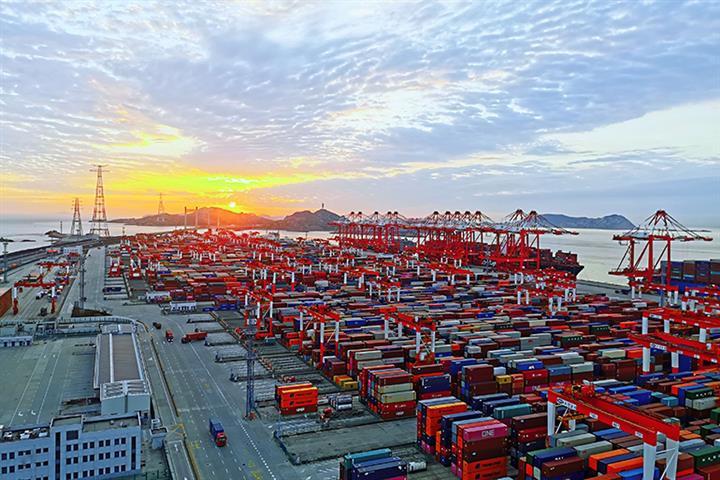 The project will have seven 70,000-ton and 15 20,000-ton container berths and supporting facilities with a total annual throughput capacity of 11.6 million twenty-foot equivalent units, the major port operator announced today.

The Yangshan Deep Water Port is the world’s largest, with 22.8 million TEUs in container throughput last year, and though situated in Zhejiang, it is managed by neighboring Shanghai.

Construction work is scheduled to start at the end of next month and finish within eight years at the most. SIPG did not say how it will fund the project. SIPG unit Shanghai Shengdong International Container Terminal will oversee the venture.

The project will promote the construction of the Shanghai International Shipping Center and the new area of the Shanghai Pilot Free Trade Zone, SIPG noted. It will also boost higher-quality development and integration of the Yangtze River Delta region.