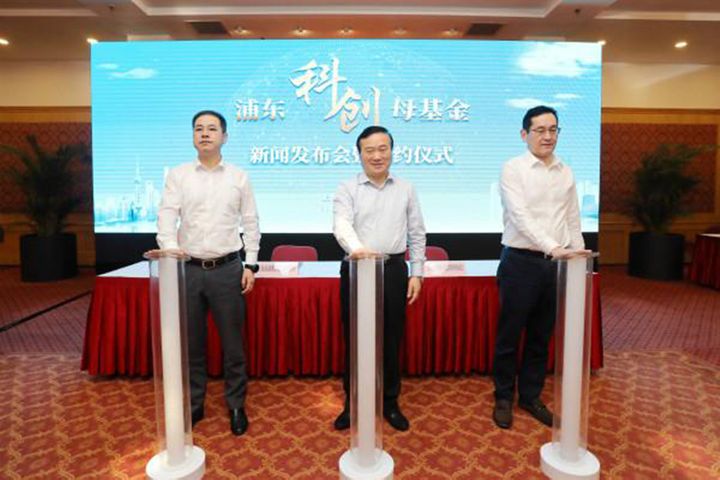 (Yicai Global) Oct. 11 -- Shanghai's Pudong New Area, a cluster of financial and technology sectors on the city's east side, will set up a science and technology innovation-themed fund of funds, whose scale for the first installment will be CNY5.5 billion (USD774 million), it announced yesterday.

Pudong New Area's State-Owned Assets Supervision and Administration Commission initiated the FOF, and it will also set up many specialized sub-funds targeting different sectors to enlarge the FOF's scale by attracting non-governmental capital and eventually turning it into a fund cluster targeting technological and innovative sectors that is worth CNY20 billion. This will facilitate the joint development of both Pudong's financial hub and its science and technology innovation centers.

Many industrial park developers will lead the pooling of specialized sub-funds, including Zhangjiang Hi-Tech Park Development and Jinqiao Export Processing Zone Development, utilizing the resources related to the parks amassed through the years and exploiting their advantages in industry cultivation, Wang Hua, deputy head of Pudong New Area, explained.

Pudong's SASAC inked the agreement on financial institutions' support for the FOF with China Construction Bank and Bank of Shanghai during the inauguration ceremony, and the park's developers also signed corresponding contracts on the sub-funds with their partners. These sub-funds are accelerating their fund-raising processes and will officially start to operate within the year.

Pudong New Area was the first district in Shanghai to embark on economic development and opening-up, and is famous for Lujiazui Financial City, free-trade pilot zones and Zhangjiang Hi-Tech Park. Lingang Economic Development Zone in the New Area is also where Tesla's China Gigafactory is located.