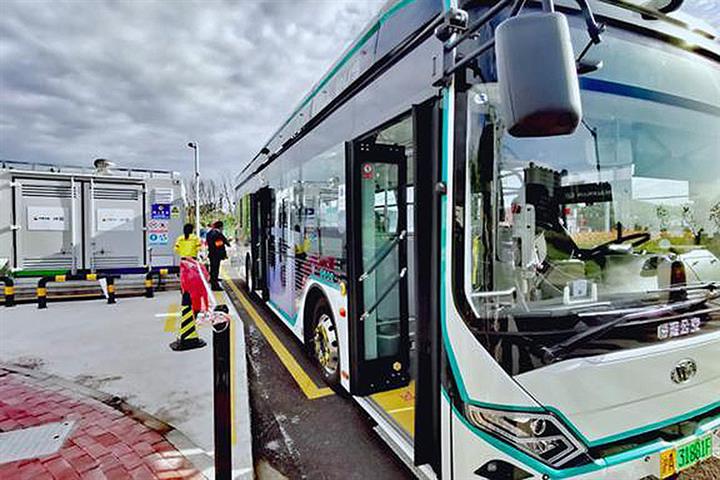 The routes, each of which is about 14 kilometers in length, are now operational in the Lingang Special Area of China Shanghai Pilot Free Trade Zone, Shanghai Observer reported yesterday. The area was included in the city's free-trade zone in August 2019.

Before this, Jiading district launched the eastern city's first hydrogen bus route in 2018.

The fuel cell buses have a range of more than 350 km, said an executive at Shanghai Lingang Transportation. It takes 18 minutes to fill the 26.5-kilogram hydrogen tank. The vehicles are equipped with smart driving assistants and sensors to avoid collisions.

Other smart features involve payments. Passengers can pay for their trips in e-yuan via digital wallets or facial recognition, per the executive.