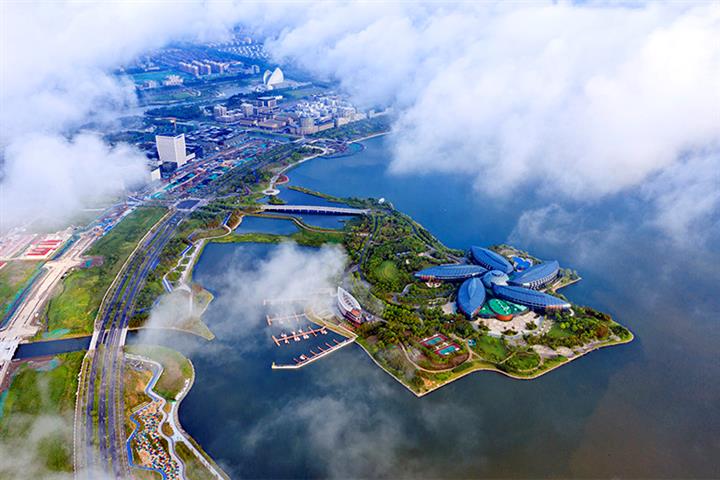 (Yicai Global) May 8 -- Shanghai will trial a management scheme for a combined local and foreign currency cross-border capital pool in the Lingang New Area of its free trade zone to boost the free flow of capital and free exchange of currencies in the area, according to new policies unveiled today.

Under the latest policies, Shanghai will support foreign funds to set up holding or wholly owned securities, fund management, futures and life insurance companies, as well as form joint ventures or invest in pension management and wealth management firms in Lingang. They can also launch private equity funds.

Shanghai will also establish an integrated account system for local and foreign currencies in Lingang. Previously, multinational companies operating in China needed to open separate yuan and foreign exchange accounts, under the management of the PBOC and the State Administration of Foreign Exchange, respectively, resulting in great inconvenience to enterprises in cross-border capital collection and payment, and increased exchange costs.

Shanghai will also support Lingang to build a financial cluster district by providing newly settled financial institutions with incentives, and financial talents with housing and preferential policies on healthcare and children’s education. It will also establish a development fund for financial business innovation.